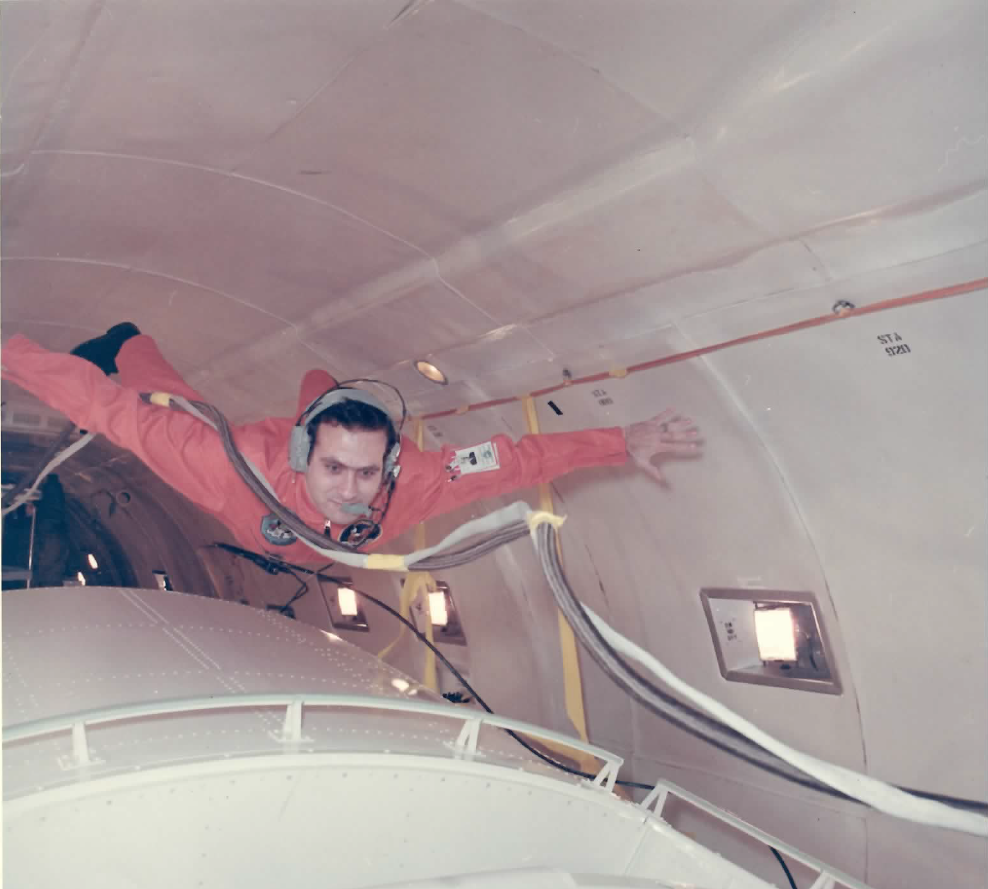 No successful space mission is a single “Hail Mary” shot to a distant point. Developing the knowledge and technologies needed to operate in space is inherently iterative. While the “firsts” in NASA history—first orbit, first lunar landing, first space station and more—stand out as milestones in America’s space exploration, the gritty work of iterating to achieve those firsts is rarely a straight path.

Former NASA engineer Lou Ramon saw this up close as he worked on nearly every human spaceflight program, from Gemini to Apollo 11 to the International Space Station. To hear Ramon speak of NASA’s accomplishments, the real secret to success was found in the small, difficult steps that collectively led us to greatness.

In 1973, NASA placed its first space station, Skylab, into Low Earth Orbit. There were three planned flights of increasing duration to conduct a variety of experiments. But there was a problem. On the station module, spring-loaded panels designed to provide insulation and shielding against meteorites extended slightly and were sheared off during launch. As they did, they tore off one of the primary solar panels and wedged the other panel such that it could not be opened in orbit.

What do you do when your $2 billion space station has limited power and damaged heat shielding? You innovate.

When the first Skylab crew reached the damaged space station, a newly devised fold-up parasol was deployed through a small instrument port, providing a temporary sun shield to compensate for the damaged insulation. NASA astronauts Pete Conrad and Joseph Kerwin also conducted an extravehicular activity (EVA) spacewalk, first cutting away an aluminum strap that was restricting the solar array and then yanking on a rope attached to it to force open a frozen hinge.

It worked for Skylab, but the innovation and EVA had cascading benefits for other NASA programs. Ramon said, speaking of the early development of the Space Transportation System (aka the Space Shuttle):

“What we learned from Skylab helped us operationally. Originally, the Space Shuttle was designed to only support spacewalks in an emergency. The core of the NASA management team working on the Shuttle program had the mindset that EVA was difficult, not often successful and not worth it. There was no planned EVA for the Shuttle. We were trying to champion the Skylab program and make the airlock and EVA an integral part of the Shuttle program, and we pointed to the success of how those spacewalks saved the Skylab program. If we had not done that, we would not have been able to do anything.”

Based on experiences with Skylab, the EVA Group, of which Ramon was a part, and others convinced NASA to integrate EVA into the STS. Nearly two decades later, the Shuttle’s EVA capabilities were critical to on-orbit satellite repairs, servicing the Hubble Space Telescope and assembling the International Space Station.

In the 1970s, the United States and the Soviet Union were pursuing a mutual policy of détente, seeking to ease the hostility between world powers. As a component of this, the U.S. and Soviet space programs embarked on cooperative efforts. The Apollo-Soyuz Test Project and other efforts paved the way for the joint effort to design and build the International Space Station (ISS).

Ramon recalled sitting across the table from Russian space engineers as they worked on details of the forthcoming ISS:

“I still remember my first joint meeting with them. Suddenly, I was in the room trying to cooperate with the team that had been our adversary. It was a strange feeling to me particularly because I had worked on some Department of Defense programs and everything was classified. Now with the Russians, we were trying to be out in the open. I realized we were just a bunch of engineers trying to solve the same problem, reach the same goal, and we were all the same kind of people.”

“On the space station, one major job was integrating the robotic system. In a meeting, we were asking the Russians to relocate some elements on their side of the station, and they were pushing back because they felt that we wanted them to change their design, rather than us changing ours. The problem was the way the robotic arm and Shuttle system worked was a little different than similar systems on the Russian spacecraft. There were some things that were just physically out of reach for us from the shuttle. Meanwhile, the Russian docking system had a turntable arrangement, so if they needed to get to a different side of whatever they were after, they could turn their equipment to do so.

“Finally, it struck me. They were assuming we had the same capabilities they did. Once I realized that I got across to them, ‘You have capabilities we don’t. We’re backed into a corner, and we just can’t get over [to that part of the station].’ Once they realized that, they were very cooperative and willing to modify their hardware. The problem was that we each came at this thinking the other guys’ systems were designed with the same limitations and capabilities as ours. We had to realize that sometimes our assumptions aren’t the right ones. We need to understand each other to work towards solutions of what the problems really are.”

To Mars—by Way of the Moon

NASA’s Artemis Program, which aspires to return American astronauts to the Moon, is in part a prelude to the more challenging endeavor of sending a crewed mission to Mars. Recognizing the iterative nature of space technology and knowledge, going to the Moon makes a lot of sense to Ramon, who was previously the Lunar Module Crew Station Engineer for Apollo 11.

“The way we went to the Moon was to develop and test our equipment on Earth, then in Earth orbit, then in lunar orbit, and after that, we went to the Moon. If we tried to take that step-approach going to Mars, we would only be able to launch every two years,” when Mars and Earth orbits align for a feasible voyage. “Stretched out, our Mars program could take 20 to 30 more years. However, I can do a lot of that testing on the Moon. For example, how to extract water, and from that, hydrogen and oxygen, or how to fabricate assemble, operate, and maintain habitats.”

Numerous space organizations, public and private, have their long-term sights set on Mars, and there is a common presumption that all that’s needed is a more powerful rocket and some extra rations. Not so, said Ramon.

“Do we have the technology to do it today? No. When I have kids at the Space Foundation’s Discovery Center museum, they ask me, ‘How are we going to handle radiation, generate oxygen and generate water [on a trip to Mars]?’ I tell them I haven’t the foggiest idea, but that’s not my job. I helped get us a quarter-million miles away on Apollo 11. That’s as far as I could go. But the average age of NASA engineers when we landed on the moon was about 28. When I talk to third graders today, I ask, ‘How old will you be when you think about going to Mars?’ Because it’s not the past generation, it’s not the current, it’s kids in third grade today who will invent and engineer the technology that will take us to Mars.

Lou Ramon has retired from the aerospace industry and volunteers as a docent at the Space Foundation’s Discovery Center Museum in Colorado Springs. There he shares his unique experiences with guests and tries to encourage and excite the many school children who visit the museum about the wonders of science, engineering and space.