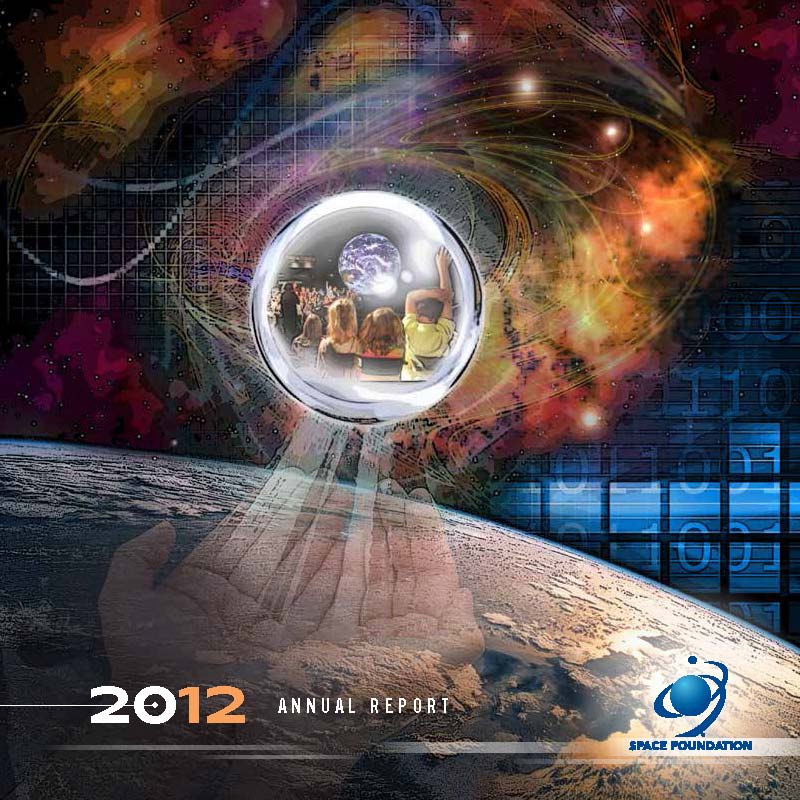 The Space Foundation has just released our digital annual report chronicling our accomplishments in 2012. In this section of Space Watch, we're giving you a quick look at what it contains.

Last year was transformational: we realized a number of long-term goals, became more diverse and global and launched new projects.

Here are the major highlights. 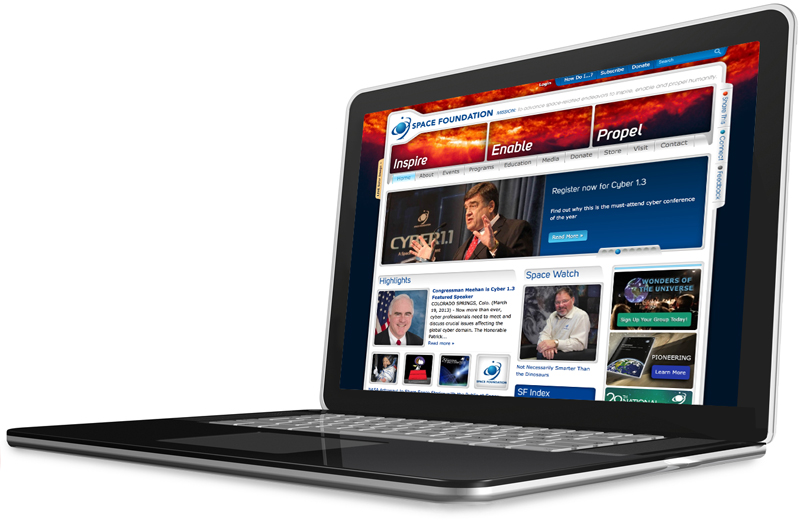 We began the year by launching our new Space Foundation website - www.spacefoundation.org - that features:

The site, developed entirely in-house by the Space Foundation marketing team, is continually updated with new features and information. 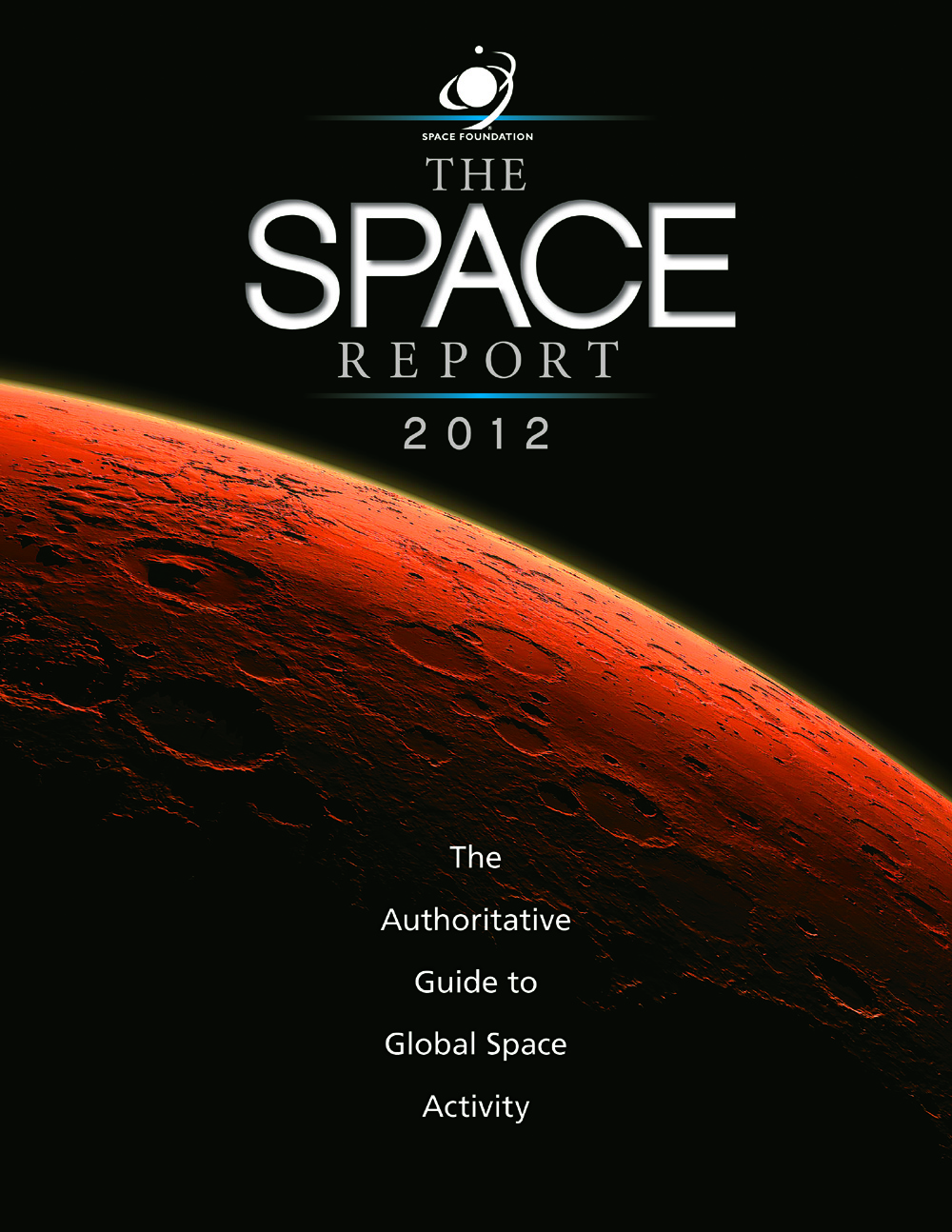 The 2012 edition of Space Foundation's flagship publication, The Space Report: The Authoritative Guide to Global Space Activity, revealed that the global space economy continued to grow. Areas covered in The Space Report include: 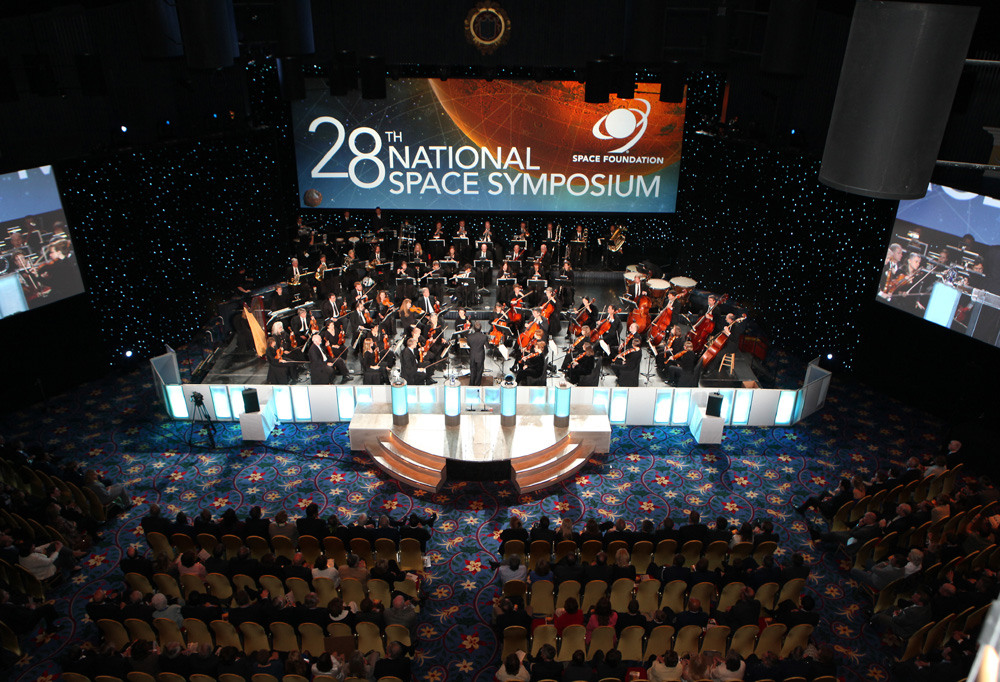 The premier gathering of space professionals in the world, the 28th National Space Symposium, was held April 16-19 at The Broadmoor Hotel in Colorado Springs. Highlights included: 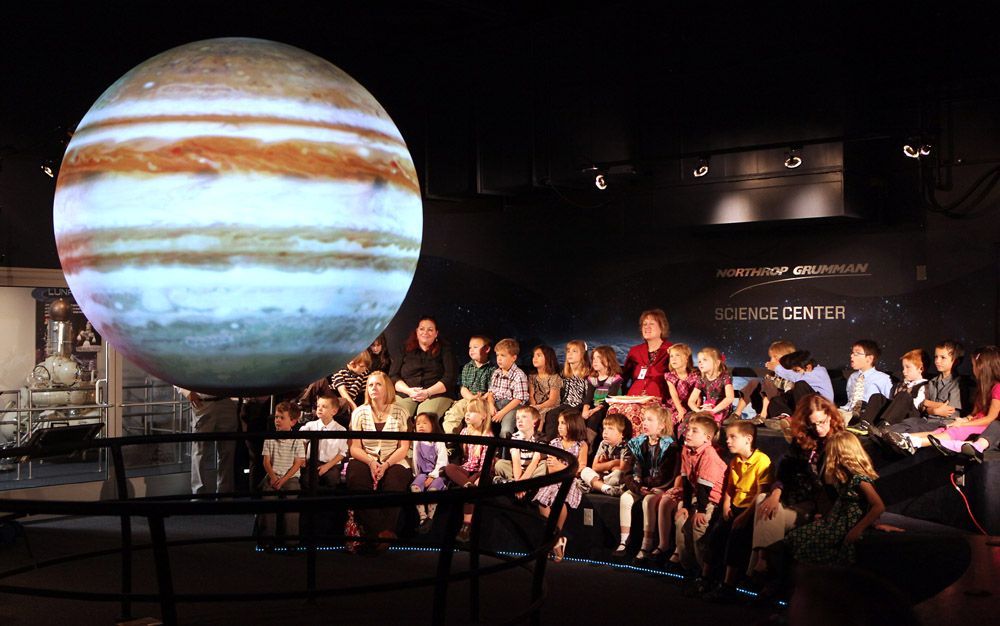 In October, we realized a long-time dream with the opening of our Visitors Center, which comprises the Northrop Grumman Science Center and the El Pomar Space Gallery.

Made possible by a $375,000 donation from Northrop Grumman, the Northrop Grumman Science Center (pictured, left) is a teaching lab for space-related science, technology, engineering and mathematics (S-STEM) education programs for teachers, students and the community. It features a Science On a Sphere® (SOS), a dynamic spherical projection system that uses special software and satellite imagery to render dramatic, full motion views of the Earth, Sun, moons and planets.

The El Pomar Space Gallery (pictured below, right) houses a sampling of our extensive artifacts collection. The initial exhibit, Launch to the Moon, chronicles the 1957-1976 U.S./Soviet space race, with a focus on the goal to be the first to the Moon. The exhibits include space suits, model rockets and modules, space food, videos, educational timelines and some rare soviet space artifacts on loan from the Kansas Cosmosphere. 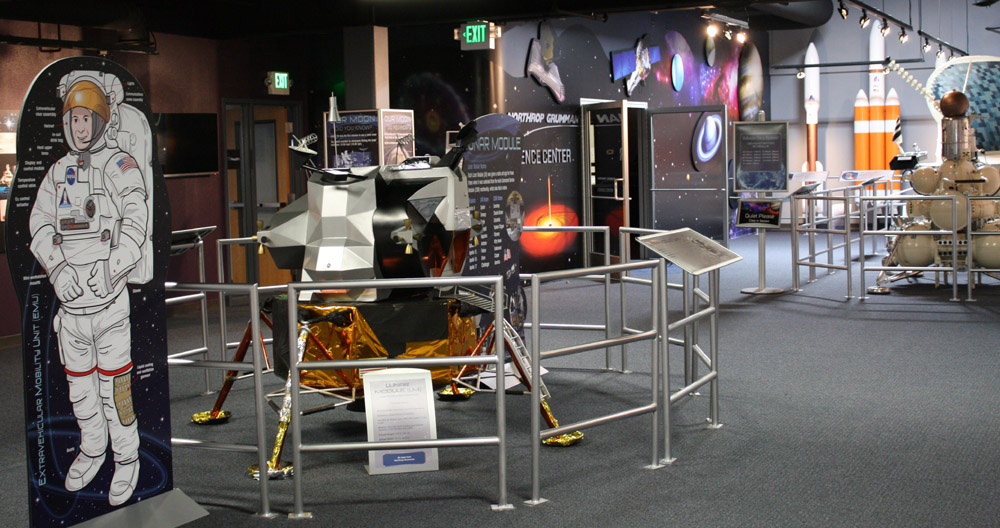 We opened our new Visitors Center during World Space Week with a series of events, including a Grand Opening featuring presentations by the Space Foundation and senior Northrop Grumman representatives, a family day for Colorado Northrop Grumman employees and their families, a public opening with an autograph session with former NASA Astronaut and Space Foundation Special Advisor - Human Spaceflight Dr. Leroy Chiao and an educator event with tours and demonstrations for Colorado school superintendents, curriculum administrators, principals and members of the Space Foundation Teacher Liaison program. 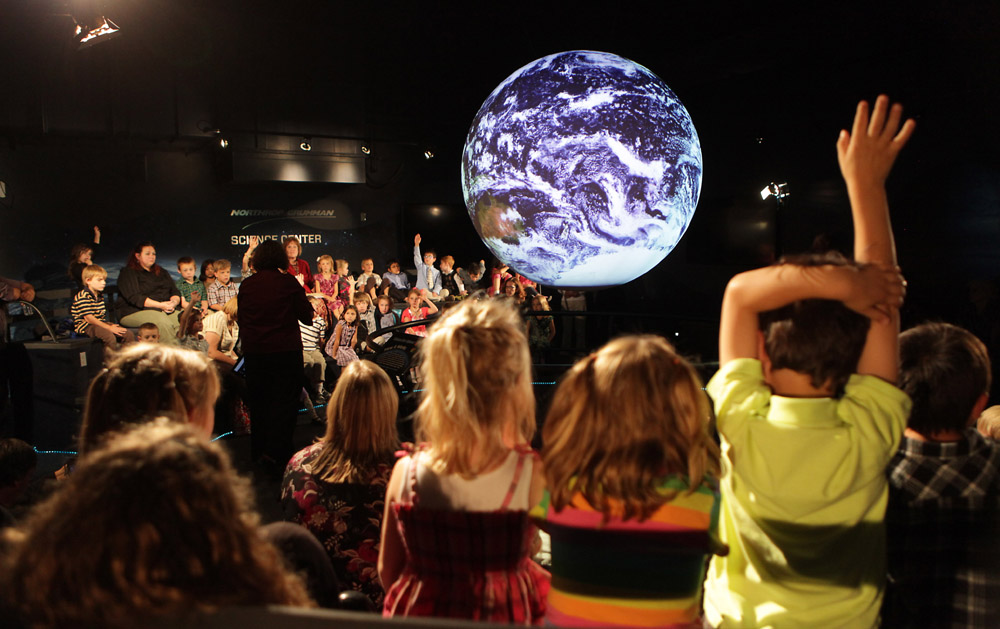 Within the next few years, we will significantly expand the El Pomar Space Gallery to include new exhibits and showcase more space artifacts. We plan to build a teaching auditorium for both onsite and distance-learning enhancements to our already-extensive education programs. And, we plan to open a Space Technology Hall of Fame® that will allow visitors to experience the profound impact that space technology has had on our everyday lives, as well as honoring the individuals who discovered and developed these amazing innovations. To help us expand our Visitors Center - including options for named sponsorship of the Space Technology Hall of Fame or the teaching auditorium - contact us at [email protected], +1.719.576.8000 or +1.800.691.4000. 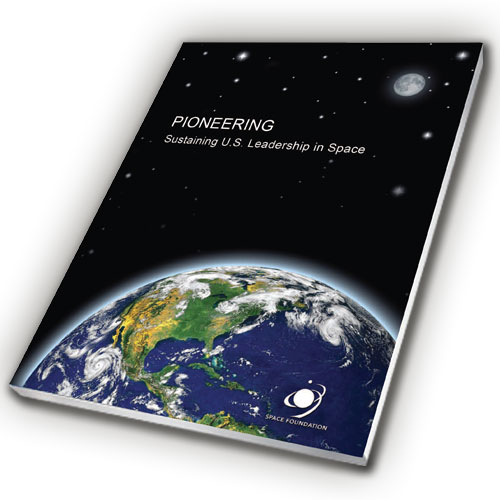 The result of more than a year of in-depth research and analysis, the Space Foundation's report, PIONEERING: Sustaining U.S. Leadership in Space, makes recommendations for revitalizing NASA and creating a stronger U.S. civil space program.

Released at a high-level event in Washington, D.C., in December, the report was distributed to policymakers, corporate members and the media. It has sparked dialogue that we hope will, ultimately, reinvigorate U.S. commitment and accomplishment in the space arena.

Among the bold changes recommended by the Space Foundation are:

The 70-page report is based on historical research and interviews with nearly 100 space leaders. 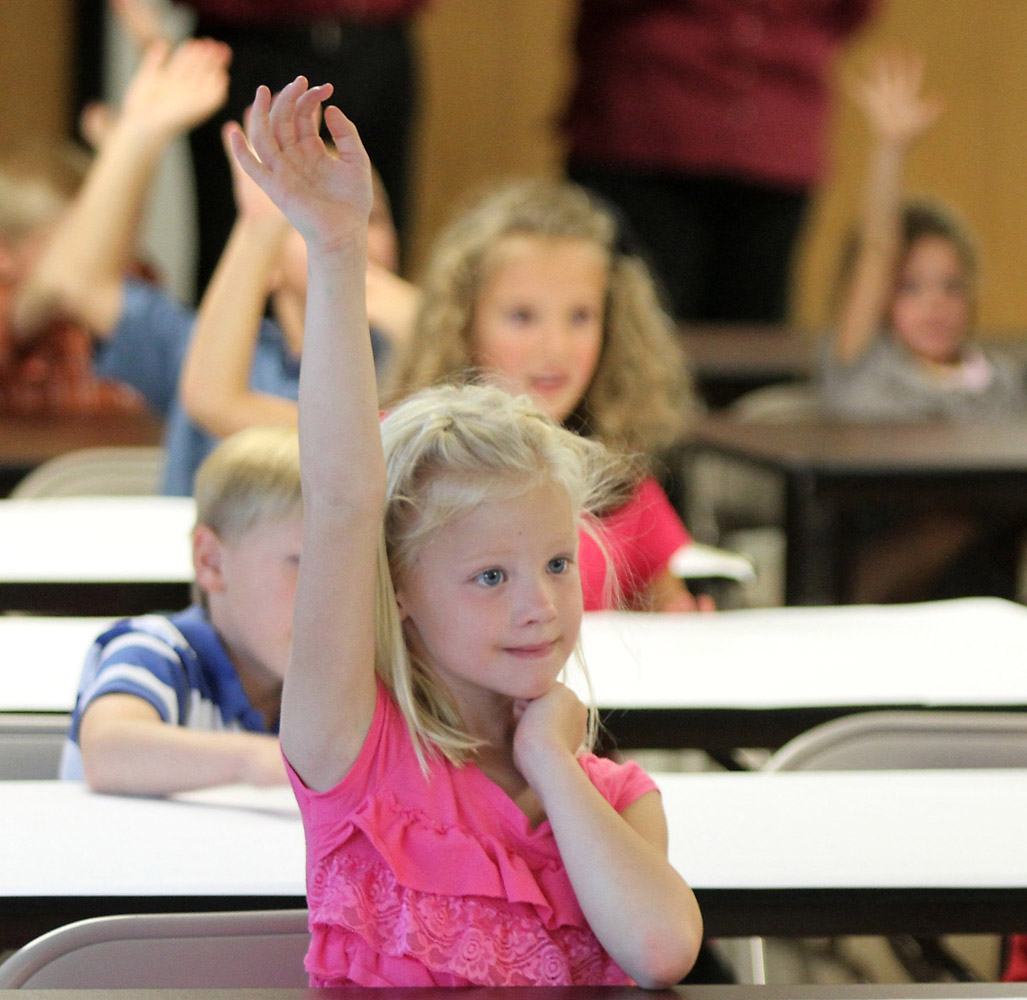 With the opening of the Northrop Grumman Science Center, we added an entire new Science On a Sphere-based component to our already-rich slate of education programs. Plus, we continued to expand existing programs to reach more and more students and teachers around the globe.

To find out more, read Annual Report: We Round Out our Education Programs in this issue of Space Watch. Learn more about education programs here. 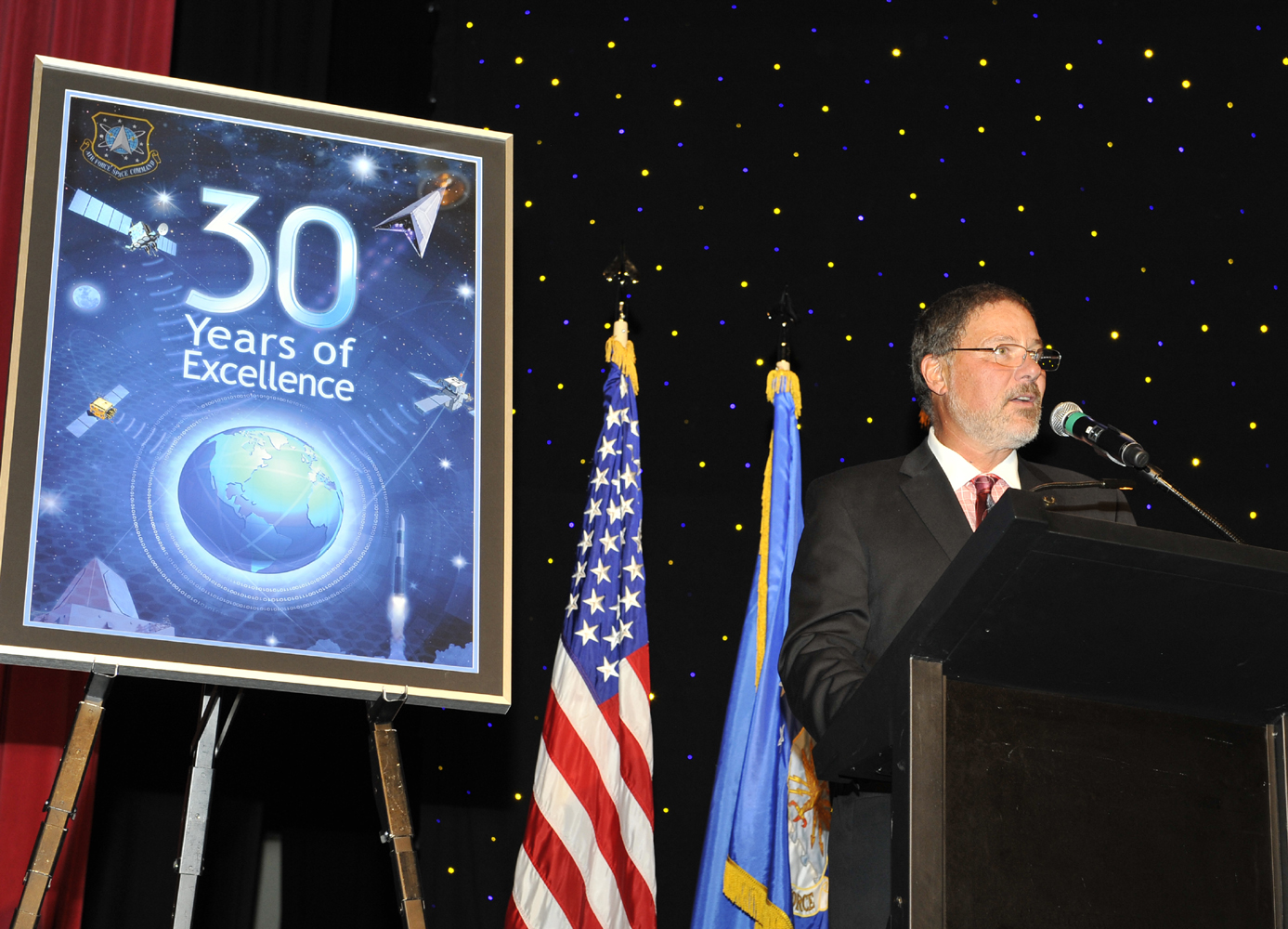 As the space industry became more global, so did the Space Foundation. With the opening of our new headquarters and our Visitors Center, we made a bigger splash in our local communities. Plus, we continued to grow our two major space awareness programs, Space Certification and the Space Technology Hall of Fame.

To find out more, read Annual Report: Our Reach Extends in this issue of Space Watch. Learn more about international activities here. Space Certification here and the Space Technology Hall of Fame here.

Posted in Year In Review (archive)