The origin story of the CubeSat idea is clear-cut and well-known. It was conceived by two engineering professors as a teaching tool for students to get hands-on experience with satellite functionality.

In the 1990’s Professor Robert Twiggs was teaching engineering students at Stanford. At the time, he had them designing and building small satellites (roughly ½ meter in diameter). However, the complexity and large size of the satellite made it difficult for students to complete during their time in the program. He figured that a smaller satellite might be easier for them to design and build within the time frame of their studies.

Working with Dr. Jordi Puig-Suari at Cal Poly, the two came up with the basic CubeSat design that would eventually become a world-wide standard. In 2000 they started their collaborative work on the satellite concept, and in 2003 the first CubeSat was launched from a Russian rocket.

The development of the CubeSat prototypes was largely done by academic groups. The CubeSat was viewed purely as a teaching tool, with little practical application beyond academia. NASA showed very little interest, nor was there much interest in commercial applications. Some common reactions that the developers were often told: ‘no practical use for that’, ‘not big enough for instrumentation’ or ‘dumbest idea we’ve ever heard’. But after the first academic launches in 2003, other groups began to take notice.

The launching mechanism for the CubeSats that Dr. Puig-Suari and Professor Twiggs designed – known as the P-pod – became one key element of the success of the concept. The standardization of the P-pod made it much easier for other universities and research groups to get the CubeSats launched. It also gave potential launch providers the confidence that the technology was proven to work safely without risk to the vehicle or other payload.

During this time frame, advances in electronics design and manufacturing meant the components could be made smaller. In effect, more work could be accomplished within the CubeSat form factor.

NASA began to take notice of the possibilities. The first use of a CubeSat for a science mission came out of NASA Ames. In 2006, the Biological CubeSat group launched GeneSat-1 to conduct biological experiments in space. The success of that mission led to wide acceptance within the science community and NASA.

In 2018 the first interplanetary use of a CubeSat came out of NASA JPL as part of the Mars InSight mission. Two 6U CubeSats – known as MarCO A and B – were launched alongside InSight. When they reached Mars, the CubeSats served as a communication relay for the lander as it landed on the planet surface.

The CubeSat idea was successful for three main reasons:

1. The standardized form factor. When Professor Twiggs and Dr. Puig-Suari created the standard design of the CubeSat – it allowed others to build to those specifications. They knew that, once established, launch providers would accept the CubeSat design and be willing to fly them. The CubeSat standards were managed by Cal Poly, and they are still maintained at their CubeSat.org website.

2. Simplified the launch process. Dr. Puig-Suari designed the P-pod launcher to deploy the satellites once the rocket was in space. The launcher was a 3U sized box bolted to the launch vehicle. It had a spring-loaded release mechanism that shot the satellites out and away from the launch vehicle. This was a really big deal. Launch providers are extremely cautious about adding any new technology to their payload that might damage other items in the payload or the vehicle itself. When Professor Twiggs and Dr. Puig-Suari approached NASA about launching the satellites, they were told it would take a two-year study and $1.5 million to get it approved. Instead, they were able to secure a spot on a Russian rocket that was willing to launch them. Once the concept had been proven to work, NASA and other launch providers were then willing to launch them. The universal acceptance of the P-pod launching concept was what led to the rapid growth of the CubeSats. It became inexpensive to get the CubeSats into orbit.

The use of CubeSats as a teaching tool opened people’s eyes to other possible uses. Soon scientists and industry began to see the potential of these small cubes. 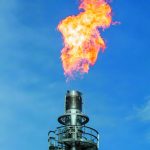