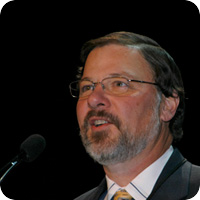 If you haven’t read Dr. Neil deGrasse Tyson’s newest book, “The Pluto Files: The Rise and Fall of America’s Favorite Planet,” you owe yourself the treat. Not only is it vintage Tyson at his entertaining best, but “Pluto Files” also sheds light on the ever-changing level of knowledge that we have about our place in the universe, and how space exploration, whether through astronomy or other means, continuously changes and informs our understanding of our place in the cosmos.

Tyson’s book chronicles the controversy over what eventually became the “demotion” of Pluto from full-fledged planet to “first” among many not-really-planet objects in the distant Kuiper Belt. From fan mail to hate mail, it explains how scientists are arriving at new ways to view our solar system. That something as fundamental as the nomenclature of our solar system can virtually turn on a dime illustrates the very premise of the Space Foundation’s upcoming 25th National Space Symposium, constructed around the theme The Next Space Age.

Our old concepts of the solar system are behind us. As is the old space age. The Next Space Age is upon us. And we’re going to tackle every aspect of that from March 30 to April 2 at The Broadmoor. I hope to see you there.

But briefly back to “The Pluto Files.” Without giving away the humorous “Let’s Get Ready to Rumble!” scientific grudge matches or the luscious details of the birth of a new way to view the solar system, I think it’s OK to reveal that the main point of the book is this: our “knowledge” of the universe is contained and constrained within an artificial boundary that Tyson described in his New York Times Best Seller Death By Black Hole and Other Cosmic Quandaries as a “perimeter of ignorance.” Put simply, our knowledge of the universe extends only as far as the tools and ideas of our time will take us. Beyond that perimeter, we are ignorant. And so we tend to describe things in comfortable and familiar terms within our perimeter of ignorance – no matter how outdated.

Thus, since the 1930 discovery by Clyde Tombaugh (who was searching for the mysterious Planet X) of an object beyond Neptune, we’ve called this object Pluto and proclaimed it a planet. And we’ve all used various mnemonics (e.g., My Very Excellent Mother Just Served Us Nine Pizzas) to remember the planets of our solar system – Mercury, Venus, Earth, Mars, Jupiter, Saturn, Uranus, Neptune, Pluto. But consider the tools we have to study the cosmos today as compared to what was around in 1930. Our perimeter has expanded; we are no longer ignorant of the things we were in the ‘30s.

Somewhere along the way, we thought we discovered another planet between Mars and Jupiter. Turns out it wasn’t a planet at all, just some jagged space junk, and, guess what, there were thousands more pieces of the stuff in the same orbit. Stuff we now call asteroids, orbiting in what we call an asteroid belt. And so it is with Pluto, a smaller-than-Earth’s moon object that turns out to be just one of many in another solar ring – the Kuiper Belt. Beyond that, we now know, also lies another amorphous area of stuff called the Oort Cloud.

The point is that our space industry and the way we understand it is also changing. We know what the first 50 years of the space age looked like. We know how we’ve become accustomed to viewing our industry. But we also know we’re moving into The Next Space Age. We just don’t know what The Next Space Age is going to look like, and how it will be shaped by politics, trade policy, defense policy, and scientific literacy (or the lack thereof) to say nothing of advances in physics, engineering and our powers of observation.

Cleverness and Intelligence Can Help Return Earthlings to the Final Frontier.

The View From Here is that The Next Space Age launches March 30th at the 25th National Space Symposium, and that everyone in this industry has something important to contribute.

One more thing — as is evident when you read Dr. Tyson’s book, he has a knack for making space accessible and understandable. So, it should be no surprise that he is the recipient of the Space Foundation’s Douglas S. Morrow Public Outreach Award. Honoring the late Douglas S. Morrow, renowned Academy Award winning writer and producer, space advocate, and former director of the Space Foundation, the award recognizes an individual or organization that has made significant contributions to public awareness of space programs. Dr. Tyson will accept the award during the Opening Ceremony of the 25th National Space Symposium on March 30.