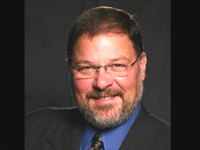 “The NASA budget proposal is disappointingly business-as-usual. Despite what appears to be an increase to the top line, the NASA budget continues a more-than-two-decade decline in real, inflation-adjusted dollars.

“On a potentially positive note, the White House decision to conduct an independent review of the Constellation program and options for the best way forward might at least be interpreted as evidence that this administration is, indeed, interested in the nation’s space agency. Unfortunately, NASA still has no Administrator. But, this is not for lack of effort by the White House, which has gotten near the finish line with an Administrator candidate on at least four occasions only to see those potential nominations collapse at the eleventh hour.

“Our overarching concern is that NASA doesn’t get the respect it deserves: for its past performance or for its potential as an economic engine and provider of technology critical to U.S. national capabilities and sovereign options. NASA inspires the public, creates tremendous national pride and sense of purpose, and holds the technical keys to many of the most challenging problems our nation faces. NASA should be at the forefront of our economic recovery strategy, yet its budget will have the agency languishing in the backwaters. For example, given the administration’s professed concerns about carbon dioxide emissions and global climate change, the pittance provided for aeronautical R&D into cleaner and more fuel-efficient aircraft is incomprehensible.

“What is most lacking in this NASA budget is context: a national space strategy that rationalizes what the agency is tasked and funded to do and places these roles and responsibilities in proper relationship with other government-funded space activity.

“We can be gratified that our obligations to our international partners will be honored by the schedule of remaining shuttle flights. But, the looming gap in U.S. human spaceflight capability and the absence of a strategically planned program of broad international engagement in solar system exploration leave the U.S. extremely vulnerable to loss of leadership in space to other, ascending players.”

Details on the NASA budget can be found at www.nasa.gov/news/budget/index.html.