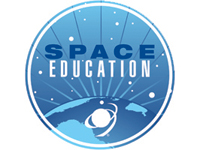 COLORADO SPRINGS, Colo. (Nov. 16, 2009) — Nominations are now being accepted for the 2010 Alan Shepard Technology in Education Award. Given by the Astronauts Memorial Foundation (AMF), the National Aeronautics and Space Administration (NASA), and the Space Foundation, the award will be presented April 12 during the Opening Ceremony of the 26th National Space Symposium at The Broadmoor Hotel in Colorado Springs, Colo.

The 26th National Space Symposium brings together all sectors of space – civil, commercial, national security, new space entrepreneurship, and finance – to highlight accomplishments and address opportunities and issues facing the global space community today. The agenda includes presentation of a number of prestigious space-related awards, including the Alan Shepard Technology in Education Award.

The AMF, NASA, and the Space Foundation present the Alan Shepard Technology in Education Award annually for outstanding contributions to technology education made by K-12 educators or district-level personnel. The award is named after Alan Shepard, one of the nation’s original seven Mercury astronauts, the first American to fly in space, one of only 12 humans who have walked on the moon, and a former AMF board member.

The winner receives $1,000, a trophy, his/her name engraved with past winners’ names on a plaque at the Center for Space Education at the Kennedy Space Center in Florida, and an expense-paid trip to the Space Foundation’s 26th National Space Symposium, April 12-15, 2010. The honoree is formally presented the award at the Symposium’s spectacular Opening Ceremony and can then participate in education programs for teachers at the Symposium.

For detailed information on submitting an application, the review process, and selection criteria, see The Astronaut’s Memorial Foundation website at www.amfcse.org/, or see the Space Foundation Education awards. Entries must be postmarked by Jan. 16, 2010.

The Space Foundation’s 26th National Space Symposium will offer workshops, forums, panels, and presentations covering all aspects of space, a number of special dinners and luncheons, and presentation of space-related awards. The 2009 event attracted almost 8,000 attendees, exhibitors, sponsors, and speakers.

The 26th National Space Symposium Exhibit Center, sponsored by AMERICOM Government Services (AGS), is sold out and a number of key sponsorships have been snapped up. In addition to AGS, major co-sponsors include Northrop Grumman for the spectacular Opening Ceremony, and Boeing, for the Corporate Sponsorship Dinner.

The Symposium will also include a full-day workshop for Space Foundation Teacher Liaisons, a group of nationally recognized educators who are passionate about space science. The event will have staying power in the form of hands-on curriculum that the teachers can immediately take back to their classrooms.

Online registration and more information, including an updated program agenda, confirmed speaker list, and exhibitor list, are available at www.NationalSpaceSymposium.org.