Last month, the Space Foundation co-sponsored a number of events at the AMOS Conference in Hawai’i (see related story), many of which featured presentations by Space Foundation Special Advisor – Human Spaceflight Dr. Leroy Chiao. While he was at the conference, Chiao sat down with The Maui News to talk about his career and his inspiration. Here’s the story by Maui news Staff Writer Chris Hamilton: 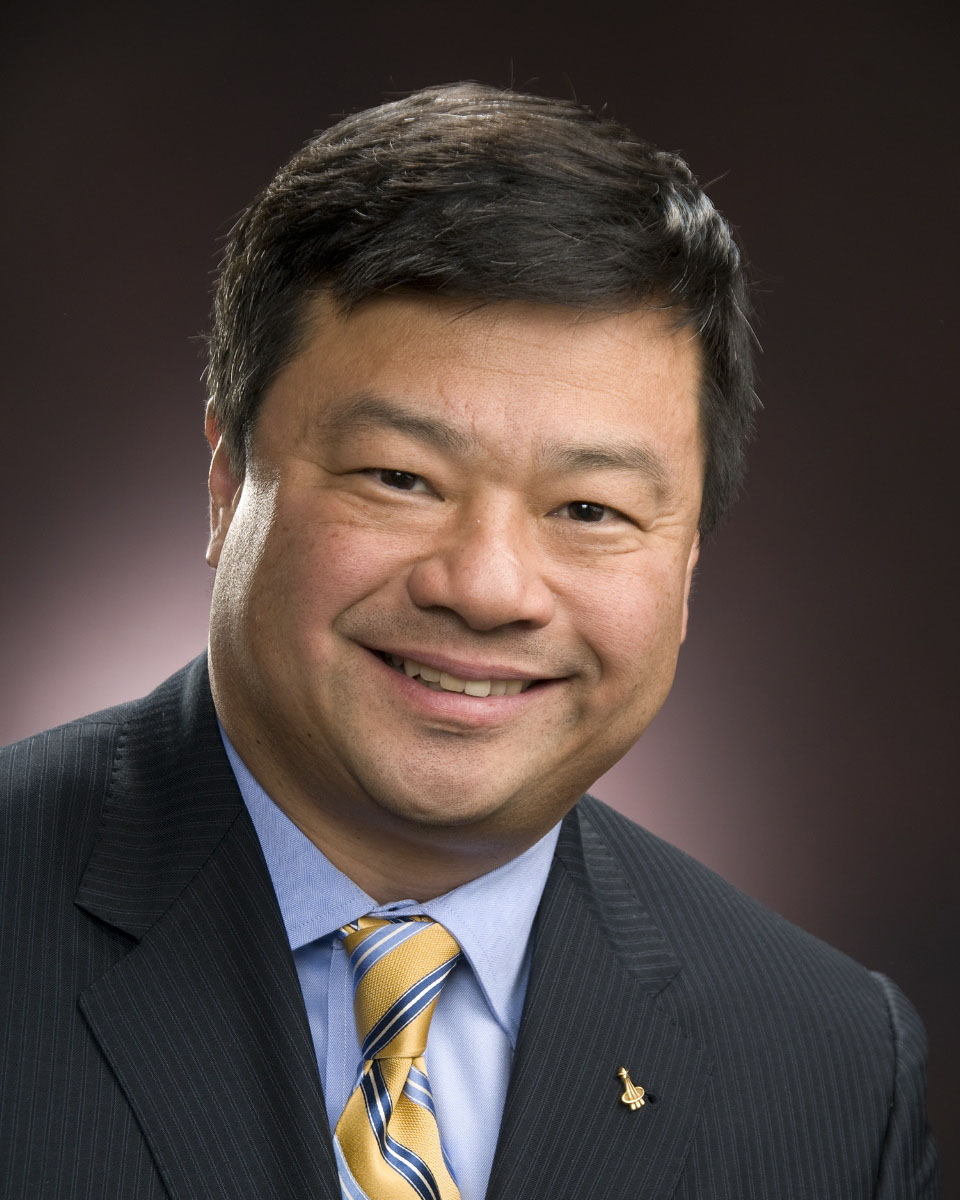 It was mostly children hungry for knowledge about the last frontier who bombarded former NASA astronaut Leroy Chiao with questions like a meteor shower after his Cameron Center presentation Thursday evening (Sept. 13).

Chiao was on Maui at the invitation of the Maui Economic Development Board as part of its 30th anniversary, its Innovation Series and the Advanced Maui Optical and Space Surveillance Technologies Conference in Wailea.

During his 15 years with NASA that ended five years ago, Chiao, 52, who has an eight-page resume and a Wikipedia page, flew into space four times. The first three were aboard NASA shuttles and the last as a NASA representative in a Russian rocket.

He and his cosmonaut colleague traveled to the International Space Station, where they spent 229 days, and Chiao logged more than 36 hours on spacewalks.

Over the years, Chiao’s been a mission commander and science officer, conducting experiments as well as installing and repairing equipment and helping to build the 15-year-old space station itself.

The former research scientist said he now keeps himself busy as part of Baylor University’s Center for Space Medicine, with the Space Foundation and as executive vice president of Excalibur Almaz, an international private manned space-flight company. He also does motivational speaking.

“I always tell people to make a plan and follow through on it,” he said. Chiao said he was always gluing together models or trying to make something fly. When Neil Armstrong took mankind’s first steps on the moon, “That sealed the deal for me,” he said.

Now, he’s worked with multiple nations – many of which America used to be at war with, he noted – to help the U.S. send men and women into orbit.

Chiao has even acted as a White House adviser on how to travel to the “red planet,” Mars. It will probably have to be done incrementally over the years (maybe to the moon and a then a large asteroid), considering NASA cutbacks and other reasons, he said.

He said he supports NASA’s latest plans to contract out government space transport, so hopefully the agency can focus on greater achievements once again. He said, unfortunately, NASA is often a fiscal target although it makes up less than 1 percent of the national budget. Meanwhile, companies can act as hired “taxis” to space.

Chiao’s said he’s also a strong proponent of space vacations, which could inspire a new generation of space explorers. 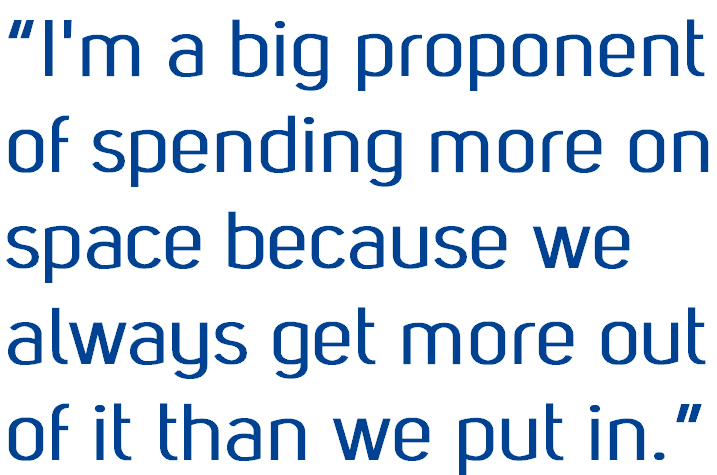 “It broke my heart when they retired the shuttle program,” said Chiao, who when asked said he thought it was a “step backwards” to go back to rockets and capsules rather than pursue a new line of sleek and powerful shuttles.

He said he is among those who thought America would have returned to the moon long ago and already ventured much farther. The pull of space exploration is too great, though, to be held at bay for too long, he said.

“I’m a big proponent of spending more on space because we always get more out of it than we put in,” he said, referring to the knowledge NASA’s provided as well as jobs and technology.

Hopefully, leaders will regain the political will seen during the Great Space Race between the U.S. and old Soviet Union and return to cutting-edge exploration, Chiao said.

About 100 people of all ages attended Thursday night’s presentation, and the questions only stopped because the hour had expired. There was a line for autographs and photos with “a real live astronaut” as one father said.

“I’m here because it is very inspiring for the young kids,” said Huishey Chen after taking a photo of Chiao with his 7-year-old daughter, Lyn.

Here is some of what Chiao said about space travel: 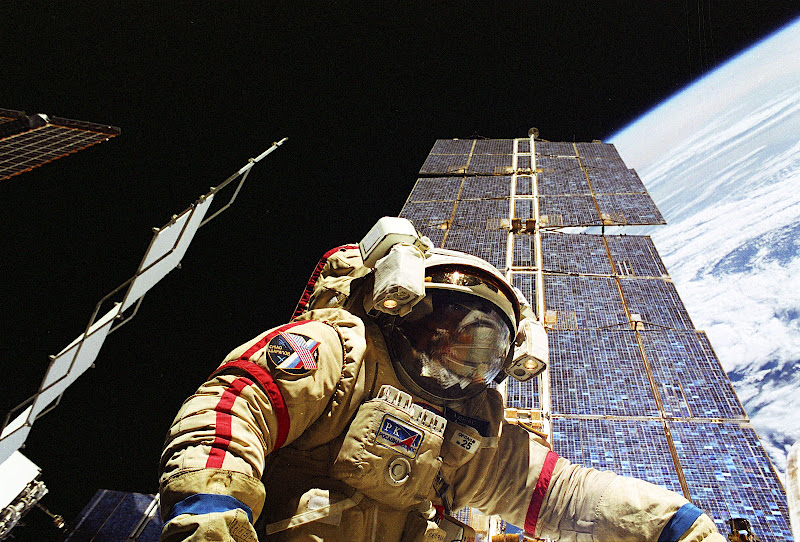 “The view is just as spectacular the fourth time as the first time,” Chiao said.

Learn more about the Space Foundation’s Audience with an Astronaut programs by clicking here.