Bill Nye, who came to fame as popular television personality Bill Nye the Science Guy® and now leads The Planetary Society, has been selected to receive the Space Foundation’s 2013 Douglas S. Morrow Public Outreach Award. He is being honored for his ability to successfully convey scientific concepts and make science, especially space science, compelling for the general public.

The award will be presented on April 8 during the opening ceremony of the 29th National Space Symposium, co-sponsored by Northrop Grumman, and held at The Broadmoor Hotel in Colorado Springs, Colo.

Nye: “Space Exploration Brings out the Best in Us” 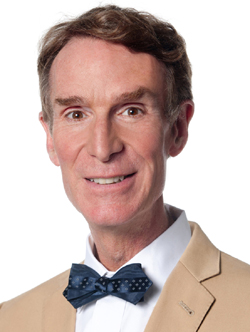 Nye’s “Bill Nye the Science Guy®” television series originated in Seattle in 1993. After two years in syndication, it was seen weekdays on PBS, as well. It aired six days a week until 1998. Known for its fun and engaging approach to explaining real science, the show won 18 Emmy Awards, with Nye winning seven for writing, performing and producing. Many young professionals in the space industry credit Nye with creating the initial spark that led them to their current careers.

In 2011, Nye continued his lifetime quest to promote science when he became the chief executive officer of The Planetary Society. He has been a member since it was founded in 1980, by Carl Sagan, Bruce Murray and Louis Friedman to advocate for space science, research and exploration.

“Space exploration is the key to answering our deepest questions about our origins and place among the stars – our place in space. We are driven and wowed by the discovery of new things, the mysteries of science, the innovations of technology, the skill of astronauts and by the stunning images sent back to us from other worlds,” says Nye about his passion for science and his role at The Planetary Society. “… Space exploration brings out the best in us.”

See more about The Planetary Society at www.planetary.org.

Nye earned a Bachelor of Science degree in mechanical engineering from Cornell University in 1977. In 2012, he was awarded the Ralph Coats Roe Medal by the American Society of Mechanical Engineers. Nye has also been a comedian, scientist, inventor and author of five children’s books about science. He was an engineer at Boeing in Seattle on 747 flight control systems. Years later he appeared in Boeing training films. He holds honorary doctorate degrees from The Johns Hopkins, Rensselaer Polytechnic, Quinnipiac and Willamette Universities and Goucher College. He is also a member of the Union of Concerned Scientists Advisory Board, which does rigorous scientific analysis supporting advocacy of policies for a safer, healthier world. 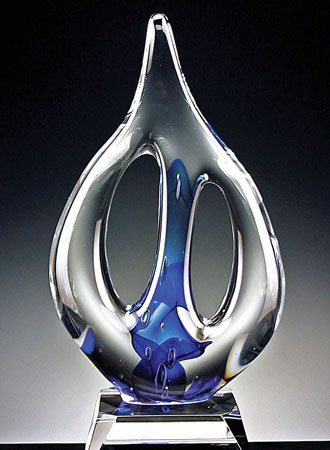 The award’s namesake was an Academy Award winning writer and producer, space advocate and early member of the board of directors of the Space Foundation. Designed to recognize those who have made significant contributions to public understanding of, and support for, space programs, the Morrow Award has a long list of distinguished recipients, including: astronaut Eileen Collins; actor/director Tom Hanks; the X PRIZE Foundation; space artist Robert T. McCall; Gene Roddenberry and Majel Barrett Roddenberry; the crew of Space Shuttle Mission STS-95; NASA’s Jet Propulsion Laboratory; actor/director Leonard Nimoy; space journalists Jay Barbree, Marcia Dunn and William Harwood; and, in 2012, to the NASA social media team.

Register Now and Save 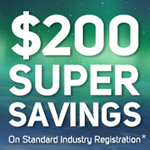 Recognized as the premier gathering of the global space community, the Space Symposium is slated for April 8-11 at The Broadmoor Hotel, and features presentations and panels covering all aspects of space. The Space Symposium is offered in conjunction with a separate Space Foundation event, Cyber 1.3, to be held during the day on April 8, immediately preceding the Space Symposium’s opening ceremony.

Register now for both events here. One last discount is available until March 15 for standard industry registration for the Space Symposium.