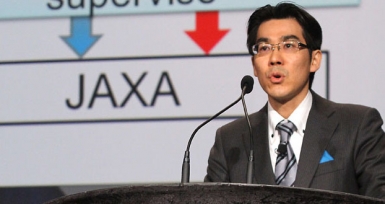 According to Inoue, the current Japanese Aerospace Exploration Agency (JAXA) budget for space development is set to $3.3 billion and that the agency’s priorities include:

To see a video of his remarks, click here.

« "Dutch" Ruppersberger Talks about Benefits of Space, Dangers of Sequestration