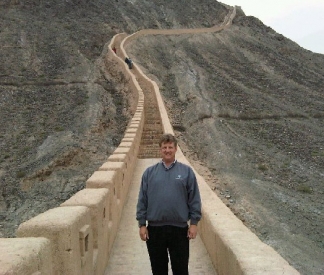 Some thoughts from our cruising altitude of 30,000 feet form this month’s Second View.

I’m flying home from San Francisco, where the Space Foundation co-hosted another in the Future States series of dinners with our partners at Toffler Associates. It was, as always, an enjoyable time of networking, and an interesting evening of discussion. And perhaps doubly so this time as our group was composed of a few new and old space colleagues, but also combined with members of the northern California investment community. The infusion of the Silicon Valley perspectives provided a refreshing twist on the dialog.

The takeaways from the dinner were many. Though we were nominally focused on the impacts of future of technology, the discussion moved around considerations of risk, the space ‘narrative’ and markets. Our Toffler facilitator did a great job corralling a vocal group, and I think we all learned a bit from the dinner conversation. But, as is usually the case, the true value of the evening was in the margins and networking. Business cards exchanged with new contacts, ‘you guys need to come by and see us, I think we have a couple of things going on that you’d be interested in’, and some good catch-up with a couple of colleagues who now have entirely new positions and focus.

One other takeaway came through loud and clear, too, and that’s the passion for our business and space we all share. Perhaps this was most eloquently expressed by one of the New Generation members of the group, who is running a venture capital fund. She captured the feeling of many when she put our work and efforts in terms of how we inspire children, and look to future generations for why space is important.

All in all a terrific evening and cap on a great day of customer meetings, and an eye-opening visit to the facilities of our corporate partner Space Systems Loral.

Additional commentary — We join the space diplomatic and legal community in mourning the passing of Professor Dr. Vladimir Kopal last month. As a delegate of Czechoslovakia and the Czech Republic, and later as a UN Officer, he participated in many sessions of the Committee on the Peaceful Uses of Outer Space (COPUOS) and its Subcommittees from 1962 until last year. He was Chairman of the COPUOS Legal Subcommittee from 1999 through 2003, and in 2008, he was reelected as Chairman of the Subcommittee for the period 2008-2009. I first met Dr. Kopal at a symposium we conducted in Toulouse in 2002, and had the pleasure of seeing him often in subsequent years. He was one of the nicest and most intelligent gentleman I have had the honor of knowing. Professor Kopal’s full obituary may be found here.