On March 26, the House Science, Space, & Technology Committee held a hearing entitled, “A Review of the President’s Fiscal Year 2015 Budget Request for Science Agencies.” Members of the Committee agreed that investing in science and innovation was important for the United States’ maintaining a competitive economy and inspiring young people to study science, technology, engineering and mathematics (STEM). 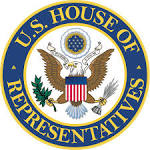 With that said, members were concerned about the Administration’s proposed cuts to several NASA programs in their FY 2015 budget request, including the Space Launch System (SLS), Orion capsule, planetary science missions and Strategic Observatory for Infrared Astronomy (SOFIA). Dr. John Holdren, Director of the Office of Science and Technology Policy (OSTP), strongly suggested that Congress pass the Administration’s $56 billion Opportunity, Growth, and Security Initiative, a supplemental budget request, which would boost NASA’s budget by $885 million in FY 2015.

House Reviews NASA’s FY 2015 budget request
On March 27, the House Science, Space, & Technology Subcommittee on Space held a hearing entitled, “A Review of NASA’s Budget for Fiscal Year 2015.” Members of the Space Subcommittee were interested in what impact the Russian-Ukraine conflict would have on U.S. access to the International Space Station (ISS), if any. In addition, members were interested in knowing when the U.S. could field an operational capability for U.S. rockets launching from American soil.

NASA Administrator Charles Bolden informed the Subcommittee that the conflict would not interfere with operations aboard the ISS. Bolden stated that while the U.S. relies on Russia for access to the ISS, the Russians rely on the U.S. for electrical power, communications and navigation. Further, Bolden requested Congress to fully fund NASA’s $848 million request for commercial crew in order to keep the program on schedule for a launch in late 2017. In addition, Bolden reiterated the importance of exploration research onboard the ISS in order to enable NASA’s future deep space exploration missions.

The Space Foundation has produced a budget report outlining the President’s FY 2015 request for NASA, which can be found here.