Pluto New Horizons: Rocking our World Like a Bat Out of Hell 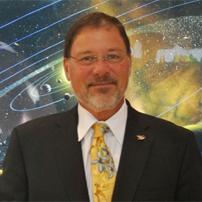 When singer Meat Loaf released his album “Bat Out of Hell” in 1977, the concept of speed that he and songwriter Jim Steinman were going for couldn’t begin to approach the velocities we deal with in the space business — no matter what drugs they were on. When John Young and Bob Crippen flew Columbia on her maiden voyage, STS-1, just four years later, people began to develop an appreciation of what Mach 25 looked like. Perhaps that’s why “Bat Out of Hell” was re-released as a single in 1983.

But, whether in the recording industry or the space industry, all “records” are born to be broken. The reigning “Bat Out of Hell” velocity bragging rights were established by NASA in January 2006 when it launched the Pluto New Horizons spacecraft on a direct solar escape trajectory, hitting 59,000 kilometers per hour. To do this required a Lockheed Martin Atlas 551 rocket, sporting a Boeing Star48B upper stage motor, which gives you what I call the Pulham Formula:

While Pluto New Horizons (hereinafter PNH) holds this record for launch velocity, it is worth noting that there is a faster man-made object in the universe: Voyager 1 benefitted from gravitational slingshots past Jupiter and Saturn, and is traveling at 61,720 kilometers per hour, somewhere at, or beyond, the outer boundary of our solar system. And, almost certainly, both records will be broken sooner or later.

Besides their obvious mutual obsession with speed, “Bat Out of Hell” and PNH share a couple of other interesting attributes:

“Bat Out of Hell” grew out of Neverland, a 1974 sci-fi update of the Peter Pan story, penned by Steinman. He and Meat Loaf spent two and a half years, beginning in 1975, auditioning and promoting the work, until it was finally produced and distributed in 1977 by the obscure record label Cleveland International — parent label Epic Records. Epic didn’t believe in it. It got off to a slow start, but though it was not an immediate hit, it was a growing one.

Due to its eventual popularity the title single was re-released in 1983; a sequel, “Bat Out of Hell II: Back into Hell,” in 1993; and another sequel, “Bat Out of Hell III: The Monster is Loose,” in 2006. A project that nobody wanted, and many opposed, became one of the greatest Rock and Roll achievements of all time. “Bat Out of Hell” has sold 43 million copies world wide, and still sells more than 200,000 units per year. It stayed on the UK record charts for 474 weeks, a feat surpassed only by Fleetwood Mac’s “Rumours” at 478. It ranks 38th among the 100 Greatest Heavy Metal Albums of All Time, and 343 on Rolling Stone’s 500 Greatest Albums of All Time.

Not bad for a little project that nobody wanted.

Similarly, PNH was not a project that everyone in the space industry was enthusiastic about — at first. The first in NASA’s New Frontiers mission category, PNH looks to establish a “Goldilocks Zone” in deep space missions — larger and more expensive than the Discovery Missions, but smaller and less expensive than NASA’s Flagship Programs. Proponents of both Discovery and Flagship missions saw a new competitor in the New Frontiers efforts. Just as the uncomprehending CBS Records executive Clive Davis roundly rejected “Bat Out of Hell,” plenty of naysayers in and around the space community rejected the idea of the New Frontiers programs.

The first New Frontiers infant, the Pluto Kuiper Express, was slaughtered on the altar of NASA budget cuts in 2000. Still, those who believed in PNH persevered; the spacecraft was built, primarily by Southwest Research Institute (SwRI) and the Johns Hopkins Applied Physics Laboratory; and it was successfully launched. (Ball Aerospace & Technologies, the Clyde Tombaugh Science Operations Center, the Naval Observatory Flagstaff Station, students of the University of Colorado-Boulder, and many others, are also important members of the PNH team.)

PNH has been hurtling through the darkest and emptiest regions of our solar system for eight years. Even at the Ludicrous Speed at which she is traveling, about eight more months remain before the PNH science team can awaken her, power up her sensors and systems, and, we hope, give human beings our first ever true look at Pluto — the last major planetary body in our solar system that remains completely unvisited and unexplored.

This brings me to the central reason that I think PNH, like “Bat Out of Hell,” is going to build to crazy success and public acclaim. Pluto is a truly new place where we have never gone before, not even robotically. It is not a revisit, re-consider, or as-it-turns-out kind of mission; it is, no baloney, exploration. And because of the recent Rodney Dangerfield “I don’t get no respect” controversy surrounding the dwarf planet, Pluto’s popularity with the public has probably never been greater.

Ah, did you notice how I slipped that in there? You know — dwarf planet. Who would have thought that the bureaucratic reclassification of Pluto, by a scientific body little known to, or understood by the public, would have ignited a global firestorm of controversy? Planet? Kuiper Belt Object? Dwarf Planet? Apparently it matters and it matters to a lot of people. Even though not personally responsible for the decision by the IAU (International Astronomical Union), by virtue of his high visibility as one of the most recognizable astrophysicists on the planet, Dr. Neil deGrasse Tyson has probably gotten more emotional love- and hate-mail on the demotion of Pluto than any other astronomical issue. His book, The Pluto Files, is entertaining, amusing and important reading that illuminates the public’s astounding connection to a hunk of rock, 9 billion miles away, that has never really even been seen.

We haven’t a clue about Pluto. We just don’t. The only image we have of Pluto is a pixelated blur from the Hubble Space Telescope that might just as easily be a flaming Cajun potato or your Aunt Martha’s crochet loop.

What’s going to happen when PNH fires up its sensors and starts beaming back the first actual images we’ve ever had of this strange world? People are going to go bananas. And they won’t be able to get enough.

There are a plethora of science instruments aboard PNH, and multiple science missions that will tell us more than we’ve ever known about Pluto, and, later, other objects in the Kuiper Belt. (See how I cleverly didn’t call Pluto a Kuiper Belt Object?) And then, after a year or more of sifting through the data beamed back across 9 billion miles, PNH will transit out of radio range, go dark and continue into interstellar space.

But her mission doesn’t end there. On board are several items of cultural significance, including a collection of 434,738 names stored on a compact disc, a piece of Scaled Composites’ SpaceShipOne (winner of the Ansari XPrize), an American flag and other mementos. In all likelihood, by the time they are found by some presumed alien intelligence, humankind will have long since vanished from the Earth. And PNH will be our messenger to the universe: that we existed, we wondered and we explored.

Pluto New Horizons is screaming towards the edge of the solar system like a bat out of hell. The View from Here is that she will rock our world, before she is “gone, gone, gone.”