30th Space Symposium a May Flower in Full Bloom

May 1, May Day, is Lei Day in Hawaii — resplendent with garlands of fresh and fragrant blossoms everywhere. A perfect lead-in to the Space Symposium!

With the brutal 2014 winter endured all over the planet, I know that a lot of you are especially looking forward to the 30th Space Symposium because of this year’s month-later dates of May 19-22. 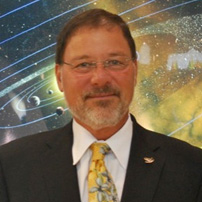 Indeed, as I write this on April 22, it is a glorious spring day of 75 degrees F, and, indeed, the average high temperature in Colorado Springs during the month of May is about 70 — somewhat lower in the first half of the month, somewhat higher around our Space Symposium dates.

After record flooding in the United Kingdom, and record snows and low temperatures across North America, there’s not much that sounds better than May flowers in Colorado Springs — home of 247 sunny days per year. But much more is blooming at The Broadmoor this year, as a massively renovated west wing of the hotel prepares to open ahead of one of the most interesting and dynamic Space Symposium programs that the Space Foundation has ever presented.

In perusing the 30th Space Symposium program agenda, the greatest change from a year ago can be seen in the impressive number of senior government speakers confirmed for the event. In 2012 and 2013, the Symposium programming team was swimming against the current of sequestration and government shut downs. What a difference a year makes, especially when that year includes a budget agreement and no shutting down the government — the 30th Space Symposium agenda features the greatest number of senior government speakers in the history of the event.

Those who keep a sharp eye on us as we build the program have taken note of the opportunity, and, already, The Broadmoor, Cheyenne Mountain Resort, DoubleTree and Antlers hotels have all sold out — as has the Boeing Exhibit Center and Boeing Exhibit Center Pavilion, and all major conference sponsorships. Despite these trends, what matters most to us is your participation as a conference delegate. If you haven’t already registered, please do so today. Rooms remain available at attractive industry and government per diem rates at eight of our 12 official hotels, and, once again, Northrop Grumman is co-sponsoring complementary shuttle bus service for official hotels citywide. And our 2014 government all-inclusive rate has been rolled back to 2010 pricing to deliver the highest cost-benefit ratio possible for government attendees.

We always strive to deliver a solid combination of expected events and “new and improved” features at the Space Symposium, and for our 30th annual event, I would modestly submit that we have outdone ourselves.

In the “new” category, the special Classified session on Space Situational Awareness has probably received the most attention. This is our first time offering a classified program, and it occupies the Monday, May 19, time slot leading up to our official Opening Ceremony in the evening. The Classified session is being conducted at the TS/SCI level, participation is limited due to classified facilities constraints, and only a few registrations remain available — so jump on the opportunity if you think this session is for you. Our thanks to Air Force Space Command and Scitor Corp. for teaming up with us on this special program.

Also new this year is a special Technical Track program, our first foray into peer-reviewed technical paper presentations at the Space Symposium, and “SpaceSLAM,” a New Generation Space Leaders program modeled after the “ScienceSLAM” program developed by our partners in Europe. If you’ve ever seen Slam Poetry competitions, you’ll know what SpaceSLAM is all about — New Generation Space Leaders laying down rap, poetry, song and performance art, communicating their passion for the exploration, development and utilization of space. Our special thanks go to the SLS and Orion Industry Team for co-sponsoring this novel, new program.

Leading the “improved” category is our Cyber 1.4 program, also on Monday ahead of the Opening Ceremony. For those focused on cyberspace operations and the intersection of cyber and space, Cyber 1.4, while an add-on to the Space Symposium, could well be the strongest program of civil, commercial and national security cyber leaders that you will see anywhere in the world in 2014. Well worth travel to Colorado Springs as an event in its own right.

The Symposium agenda is, of course, too big to really review in a column like this one. However, two panel discussions I’d commend to your attention — our Space Agency Leaders panel includes, thus far, the heads of five space agencies, Canada, U.K., The Netherlands, Mexico and Romania; and our panel on the Search for Intelligent Life in the Universe will astound with the latest revelations on this fundamental question of human existence.

Of course, two improvements that everyone is going to be talking about have already been mentioned — the weather, and the expanded and improved facilities at our host hotel, The Broadmoor. In full disclosure, it must be said that it is totally possible that we could see snow in May, and it’s happened before. It’s just a lot less likely than in April. As for the hotel, we’ll be able to offer expanded and improved public spaces, updated meeting rooms and two floors of new rooms to accommodate more guests on-site than ever before.

The View From Here is that the 30th Space Symposium is a May flower in full bloom, and your participation is key to everything coming up roses. I look forward to seeing all of you at this very special event, three decades in the making!