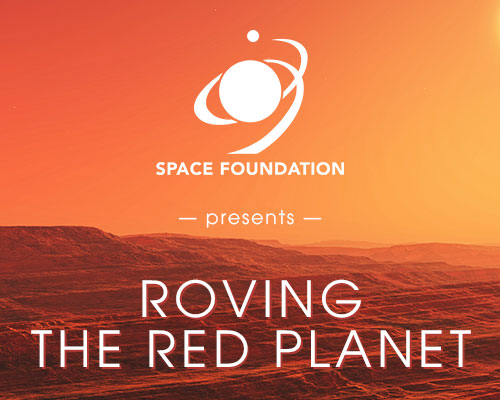 Seventh grader Alex Mather, who won the contest to name NASA’s new Mars rover on March 5, could not have had any idea how truly appropriate his submission of the name Perseverance would come to be. Yet, true to that name, and despite COVID-19-related setbacks to NASA and affiliated teams, the scheduled launch of the rover has stayed on track, currently slated for July 30.

On July 20, in the second episode of its new webinar series, “Space Foundation Presents,” Space Foundation hosted an exclusive conversation with NASA and Jet Propulsion Laboratory (JPL) leadership to discuss America’s next mission
to Mars.

Opening comments by Space Foundation CEO Tom Zelibor contrasted the historic Apollo 11 lunar landing that had occurred 51 years to the day before, with the fact that the United Arab Emirates (UAE), China, and the U.S. have all recently launched Mars probes. “While this is a source of great national pride for each of these nations, globally we can celebrate what we can learn and achieve when we invest in people, curiosity, and the pursuit of bold, challenging frontiers,” he said. “At no other time in our history have we seen anything like what is unfolding with these three unique missions to Mars. Each of them is a science and engineering marvel.”

Jim Bridenstine started off by citing his long relationship with the Space Foundation and its, “great scholarly work and studies, and the great committees put together with regard to space,” before passing the virtual podium to Dr. Zurbuchen, NASA Associate Administrator for the Science Mission Directorate. Zurbuchen started by congratulating the UAE for the successful launch of their Hope orbiter, saying that, “Together, Hope and Perseverance are essential ingredients of exploration.” 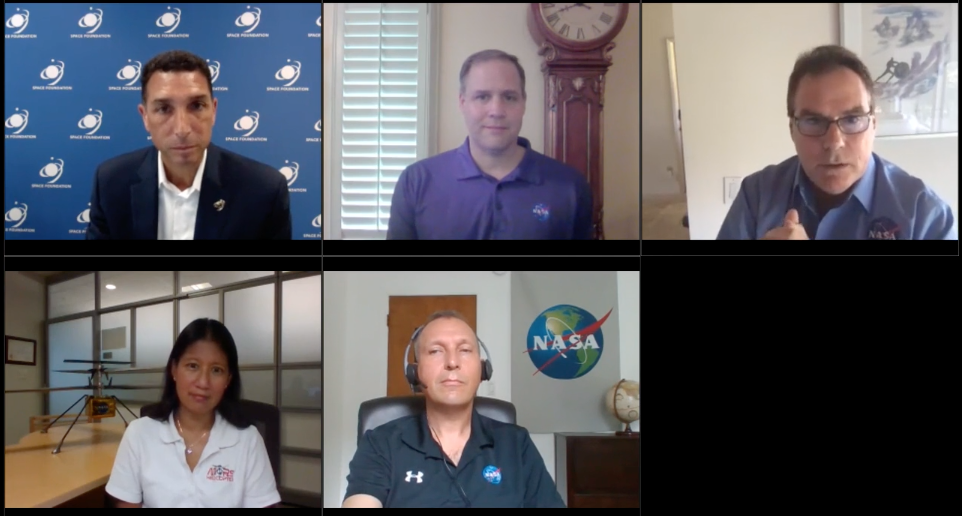 Moving on to Perseverance, Zurbuchen said, “Next week, the United States returns to Mars. It’s the next step in putting together a puzzle we’ve been working on for centuries.” After a brief recap of past Mars missions, he set apart Perseverance by its impressive capabilities that will provide essential research into whether Mars has the elements required to sustain human life. Perseverance — the ninth U.S. mission to Mars and the fifth rover to land there — he described as “the most capable robotic scientist ever sent to the surface of another planet.” He touted the rover’s capability to detect, collect, and return Martian samples to Earth so researchers can better understand the weather and atmosphere on the planet.

Zurbuchen said that the rover would be the first to bring “all human senses” to Mars, with a suite of tools to analyze the weather, determine if the atmosphere contains elements that can be converted into breathable air, probes to access ice beneath the surface, various cameras to provide never-before-seen images, and microphones to hear sounds from the Red Planet for the very first time.

Among those components, and perhaps most eagerly anticipated is the Mars Ingenuity helicopter, providing “powered flight on another planet for the first time.” He also mentioned how this mission unites and sustains international space agency relations, saying, “Perseverance carries the goodwill of the entire space community… It reinforces NASA’s commitment to working with our international partners to accomplish stunning achievements in science, technology, and exploration. So, when Perseverance launches — it takes us all. Every one of us will have a chance to learn from and be inspired by this mission.”

The next guest in the webinar was Dr. Watkins, who started by expressing how proud he was of the 1,000-plus team members who built and will operate the rover. He explained that COVID-19 struck at possibly the most critical juncture of the project and heralded the perseverance of the United Launch Alliance (ULA), JPL, and NASA Kennedy Space Center (KSC) teams through pandemic lockdowns. 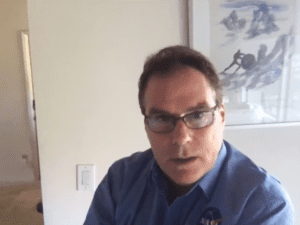 Watkins shared that the rover would land in February 2021, and that the teams had done exhaustive analysis of data from previous probes to pinpoint the Jezero Crater as being the best location to base the rover, given it had the greatest likelihood of containing biosignatures indicative of past habitability and prior life on
the planet.

“Really, this mission, we’re out there trying to find something we’ve never found before on another planet, and then we’re trying to capture it, and isolate it, and bring those samples back to take a close look at them,” he said. Watkins added further that some of Perseverance’s tasks will be “technical demonstration experiments” designed to push the limits of current technology and test capabilities that can be implemented for future missions.

The conversation then moved to MiMi Aung, who described the Mars Ingenuity helicopter component of the rover as a “Wright Brothers moment,” because it will be the first aircraft to be flown on another planet. Although one might think that helicopters would be relatively simple aircraft to NASA scientists, it turns out building one light enough (under 2 kilograms) and propelled fast enough to take flight in Mars’ thin atmosphere (about 1% that of Earth) was no simple task. 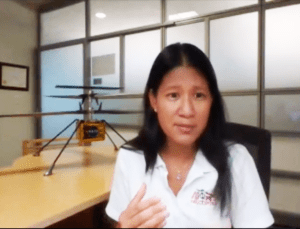 Aung described how the helicopter was tested in a simulated Martian environment, but added that the true test now awaits its deployment. She expounded on the high risk/high reward first-time nature of many of the rover’s functions, adding how their experiences operating these functions in situ, “will be feeding into future, much more capable, rotorcraft that we envision, and really add that aerial dimension to space exploration.”

Returning to the topic of the Red Planet itself, Bridenstine explained that two-thirds of the northern hemisphere of Mars had historically been covered with water and that the planet once had a thick atmosphere protecting it from the radiation of space. With those characteristics, the planet may have been previously habitable — if not necessarily inhabited — and it makes a case as to why signs of ancient life are likely to be discovered. 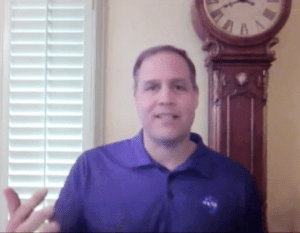 Bridenstine said, “the probability of finding life on another world just went up again,” and continued to describe the Jezero Crater as an area believed to contain liquid water 12 kilometers beneath the surface, of which the rover will be able to cache samples. “All of these robotic precursor missions are leading to something that I think is even more magnificent — and that is, to a day when we plant an American flag on Mars,” he said.

In the question-and-answer session that followed, an audience member asked the panel why there was a need to return to Mars with another probe, in addition to those we already have there. Zurbuchen framed that as being part of the effort to accelerate crewed missions to the planet — that much of it has to do with needing samples to be returned to Earth sooner than possible with the existing rovers. “The questions that we want to address now are really so much different than the ones that 20 years ago we might have asked,” he said in reference to the existing rovers.

Bridenstine added that the surface area of Mars is equivalent to that of Earth (minus our oceans) and that the characteristics and potential resources of the entire planet cannot be determined based on data gathered in a single area of it.

As it turns out, 2020 is the year of perseverance in more ways than any of us could have imagined at the outset. Reflecting on why, beyond atmospheric launch windows, it was important to keep the mission on track, and how it will be internationally inspiring amid a global pandemic and geopolitical strife, Bridenstine explained, “Space exploration brings people together in a way that I think is inspirational in and of itself … I do believe, without question, we need to persevere in these
challenging times.”