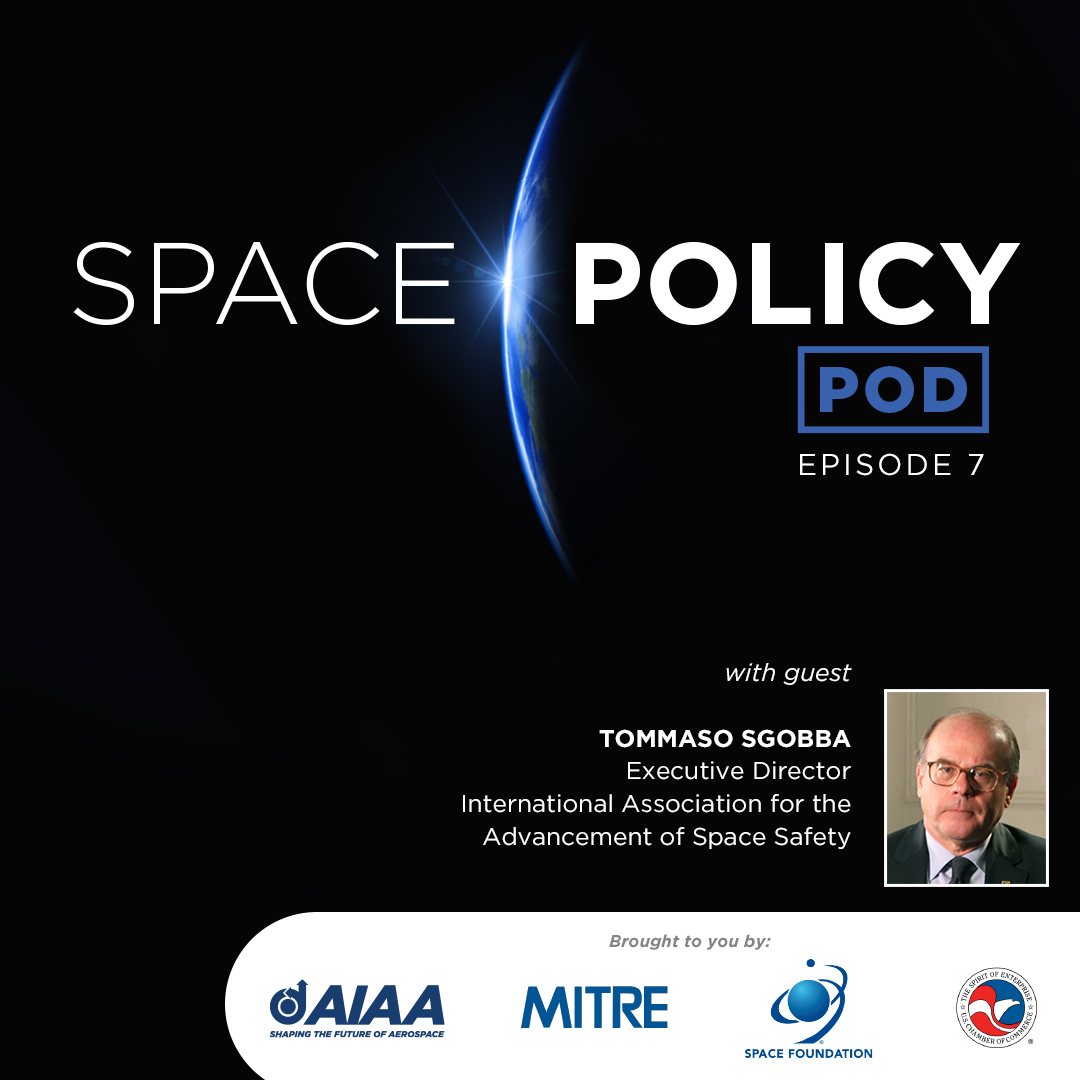 This podcast discussion features Tommaso Sgobba, Executive Director and Board Secretary of the International Association for the Advancement of Space Safety (IAASS). Until 2013, Mr. Sgobba was head of the Independent Safety Office at the European Space Agency (ESA), including human-rated systems, spacecraft re-entries, space debris, use of nuclear power sources, and planetary protection. He joined the ESA in 1989, after 13 years in the aeronautical industry.

Mr. Sgobba holds an M.S. in Aeronautical Engineering from the Polytechnic of Turin (Italy). He has published several books, articles, and papers on space safety. Additionally, he received the NASA recognition for outstanding contribution to the International Space Station in 2004, and the NASA Space Flight Awareness Award in 2007.

Advancing Space Safety through the International Association for the Advancement of Space Safety (IAASS)
An observing member of the United Nations Committee on the Peaceful Uses of Outer Space (UNCOPUOS) since 2006, IAASS defines the scope of ‘space safety’ and has technical committees in various fields to inform the UNCOPUOS on the results of their findings and provide recommendations. These committees also provide expertise and benchmarking tools that are used around the world.

Turning point in Space Safety
Mr. Sgobba emphasized that the role of space agencies will be redefined to take into account of a maturing space industry. Currently, regulatory organizations are unable to keep the pace with a growing industry while the self-regulating approach of space agencies cannot be transferred to the industry. Mr. Sgobba is concerned that cutting costs without improving safety records of space missions will be a recipe for business failures.

Creating an International Civil Aviation Organization (ICAO) version for Space
Mr. Sgobba discussed the importance of establishing a ‘space-ICAO’ which would have ICAO functions for space traffic and make provisions for an integrated use of the air space.

Key Leaders in Space Safety
Europe, according to Mr. Sgobba, will emerge as a commercial competitor and key international player in space. China will emerge as the strategic competitor with Russia playing a role. However, space needs to be an international effort and United States participation in this process is absolutely critical given the United States’ commercial, innovative, and diplomatic strengths.