Given annually by the Astronauts Memorial Foundation (AMF), the National Aeronautics and Space Administration (NASA) and the Space Foundation, the award recognizes outstanding contributions to technology education by K-12 educators or district-level education personnel. Open to all K-12 school- and district-level educators across the U.S., the Alan Shepard Technology in Education Award recognizes excellence in the development and delivery of technology programs, with priority given to programs that focus on aerospace and/or aeronautics. 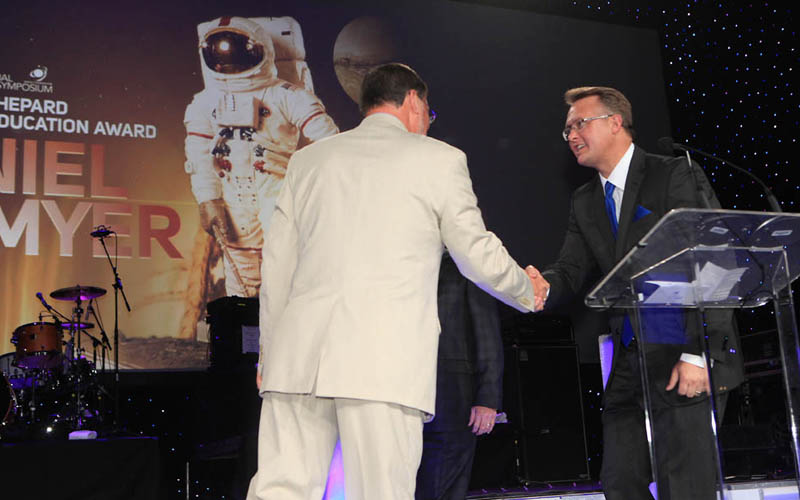 The Space Foundation will present the award, which is named after Mercury Astronaut Alan Shepard, on May 19, 2014, at the opening ceremony of the Space Foundation’s 30th Space Symposium at The Broadmoor Hotel in Colorado Springs, Colo. Award information and application instructions are available at www.amfcse.org.

About the Award
Alan B. Shepard, Jr., was the first American to fly in space, one of the nation’s original seven Mercury astronauts, one of only 12 humans who walked on the Moon and a former AMF board member. The award named for him recognizes excellence, quality and innovation in the development and application of technology in the classroom, or to the professional development of teachers.

To read more about the award and past recipients, click here. 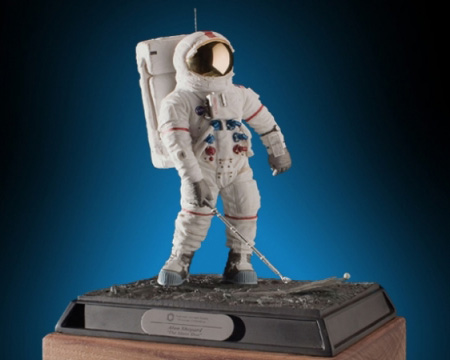 About the 30th Space Symposium
For its 30th year, the Space Foundation’s annual Space Symposium will be held in a later timeframe than usual, from May 19-22, and will offer workshops, forums, panels and presentations covering all aspects of space, including programs targeted specifically for educators and students. See more at www.spacesymposium.org.