The aborted Gemini VI rendezvous mission in October 1965 spurred NASA to consider and embrace a new mission plan for December 1965 - the launching of two Gemini capsules. NASA would launch both capsules, which would then rendezvous with each other while orbiting the Earth. The new mission was uncharacteristically audacious for NASA, both in its origin (the idea was floated within hours of the aborted Gemini VI mission) and ambition (using two manned spacecraft for rendezvous).

The plan meant doubling up preparations and training for what was already considered an aggressive schedule of one Gemini launch for every two months. Gemini VII, originally scheduled to launch in December, would launch first. Then, at least a week after Gemini VII's launch, Gemini VI-A would launch with its crew. The week between the two launches was needed because Gemini VI-A's Titan Launch Vehicle would use the same launchpad. NASA imaginatively combined the two old mission names, assigning the new mission name as Gemini 76 for December's mission, although many called it the "Spirit of '76."

The aborted mission near the end of October, and new combined mission in December, didn't give NASA's teams much time. They prepared for both launches from late October, through November, and into December of 1965. The astronauts ran through simulations and dress rehearsals, as did the flight controllers. Some of the final simulations involved all of NASA's communications sites. Teams were deployed to those sites near the end of November, and took part in those final mission simulations. So many people and assets around the world were dedicated to the simulations, that short of someone having a heart attack, the simulations were to be completed every time. And perhaps not even a heart attack would stop them. 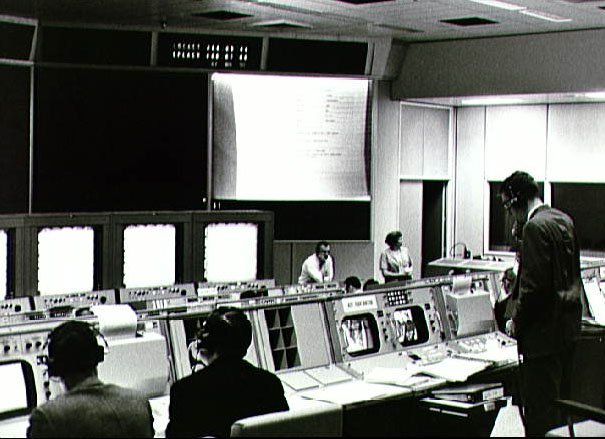 During a final dress rehearsal for a Gemini rendezvous, one of the flight controllers, an experienced Capsule Communicator (CapCom) stood up from his console, grabbed his chest, and fell to the floor. The other controller was still somewhat new to the CapCom position, but he took control of his stricken comrade's seat, notified the simulator supervisor of his partner's heart attack, and continued to provide simulated support to Gemini VII. He reconfigured equipment to support Gemini VI when the time came to do so. The flight surgeon on the operations floor took care of his teammate during the simulation.

Once the new CapCom had successfully completed his simulated support actions, his "fallen" teammate rolled over, got up and placed his headset back on. The seasoned CapCom had faked a heart attack to see just how well the new flight controller could perform flight operations as CapCom. The informal test showed the preparedness of everyone on his team, which functioned without a hiccup during the simulation.

NASA's simulations gave the administration and its people justified confidence for one of the most complex space missions to be conducted by the United States during that time. The "Spirit of '76" was well underway before the spacecraft even launched.

Posted in Research and Analysis