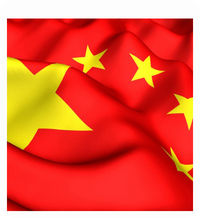 In November, the Space Foundation led our second delegation to visit space facilities in Beijing and Shanghai, China. The visit was at the invitation of the China Aerospace Science and Technology Corporation (CASC), which sent a group to the Space Foundation-hosted 27th National Space Symposium last April.

According to Eisenhart, the visit provided an opportunity to continue to build vital relationships with a variety of space organizations in China. "The consistent theme throughout the visit was a desire for transparency and collaboration for mutual benefit," said Eisenhart. "There was recognition of the limits current politics and regulations place on the degree to which we collaborate, but both our delegation and the organizations we visited expressed belief that opportunities that don't compromise technology or national interests should be explored."