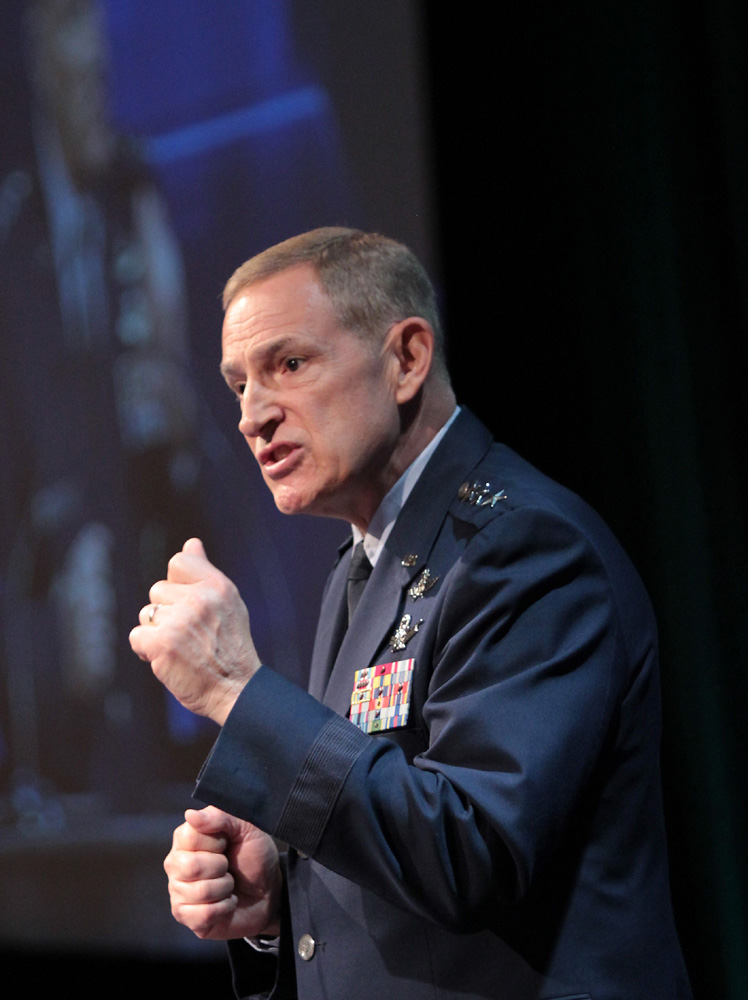 As the first featured speaker of the April 16 Cyber 1.2 event, which preceded the 28th National Space Symposium, Lt. Gen. Michael J. Basla, USAF, vice commander, Air Force Space Command, focused on the development of the Air Force Network (AFNet), as well as risk mitigating strategies for cyber operations. Basla began by asserting that cyberspace is part of every Air Force war mission, and that there has been measurable progress in developing, testing and fielding defensive and offense cyber operations capabilities.

Basla said AFNet is a priority, with the goal to finish it in 2013. He elaborated on the importance of a strong relationship between the core function lead integrator and the CIO, saying that he sees a $1.2B efficiency starting in 2012, and a $1.1B efficiency in functional applications. Saying that enterprise services would be used to achieve this goal, Basla referenced the use of commercial SATCOM assets to support operations in the Middle East and acknowledged difficulties in consolidating applications. A key theme was the development of enterprise solutions to standardize IT across the Air Force.

Basla discussed the advantages of cyberspace within combat operations, saying that, although it minimizes collateral damage, it has been recognized by the enemies as a vulnerability. In explaining risk-mitigating strategies, Basla noted the experience of “Hunter Teams” deployed as part of the Red Flag exercise and how these teams forced changes in tactics. He said that other risk-mitigating strategies included collapsing gateways and the Cyber Warfare Operations Weapons Instructions Course (Cyber WIC).