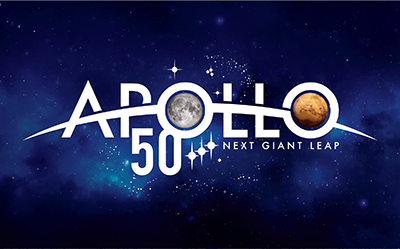 A little over 50 years ago, on Jan. 19, 1965, a capsule was launched from Launch Complex 19 in Cape Kennedy, Fla. It was the second capsule to be launched as a part of NASA’s Project Gemini program. Project Gemini was a testbed for equipment and crew procedures that would be used for NASA’s Apollo program, the U.S. effort to send humans to the Moon. The capsule and mission conducted in January were called Gemini 2.

Gemini 2 was an 18-minute flight that put the unmanned capsule’s heat shield to the test during atmospheric re-entry, demonstrating that the capsule would not fall apart and verifying that important parts of its systems worked. A modified ballistic missile, the Titan II Gemini Launch Vehicle lofted the capsule over 92 miles (171 km) high. It landed in the Atlantic Ocean 11 minutes later and eventually was retrieved by the U.S. aircraft carrier, Lake Champlain.

If this sounds familiar, it is because NASA successfully finished an unmanned capsule test on Dec. 5, 2014. Then, nearly two weeks later, the Indian Space Research Organisation (ISRO) tested India’s very own unmanned crew module from Satish Dhawan in Sriharikota on Dec. 18, 2014. The NASA and Indian programs were, as with Gemini, testing capsule re-entry. As Gemini provided giant leaps toward the design and success of the Apollo missions, NASA’s Orion capsule and ISRO’s Crew Module Atmospheric Re-entry Experiment (CARE) test programs are intended as small steps toward successful missions to low Earth orbit and beyond.

The Gemini tests paid off four years later as Commander Neil Armstrong and Lunar Module Pilot “Buzz” Aldrin, Jr., stepped off of the Eagle Lunar Module in the Apollo 11 mission, becoming the first humans to set foot on the Moon. Plans for the Orion capsule would take a few more years than the four years required to transition from Gemini 2 and Apollo 11, but voyages to asteroids, and then Mars, require a few more giant leaps.