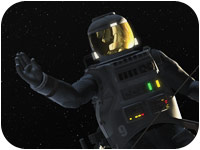 Themed The Next Space Age, the four-day conference brings together more than 7,500 participants from across the United States and many foreign countries on March 30 – April 2 at The Broadmoor Hotel in Colorado Springs.

The extensive Boeing Exhibit Center with more than 140 companies and organizations represented.

Presentation of the Space Foundation’s highest honor, the General James E. Hill Lifetime Space Achievement Award, to former Under Secretary of the Air Force and former Director of the National Reconnaissance Office Peter B. Teets at a luncheon co-sponsored by Raytheon.

Other highlights of the 25th National Space Symposium include:

In addition to the regular agenda, the 25th National Space Symposium also features a full slate of events for teachers and students, including:

A full-day workshop for Space Foundation Teacher Liaisons on March 31.

Student programs on April 1 including “Audience with a Astronaut” sessions for 3rd – 8th graders sponsored by the New Mexico Space Grant, and Boeing Exhibit Center tours for high school students.

There is still time to register for the 25th National Space Symposium. For information, including an updated program agenda, confirmed speaker list, and exhibitor list, go to www.NationalSpaceSymposium.org.

About the Space Foundation
Founded in 1983, the Space Foundation is an international nonprofit organization advancing space-related endeavors to inspire, enable, and propel humanity. A leader in space awareness activities, major industry events, and educational enterprises that bring space into the classroom, the Space Foundation is headquartered in Colorado Springs, Colo. It conducts research and analysis and government affairs activities from its Washington, D.C., office and has field representatives in Houston, Texas, and Cape Canaveral, Fla. In addition to the 25th National Space Symposium, the Space Foundation, along with partnering organizations, will also conduct Space Business Forum: New York on June 4, 2009, in New York, N.Y., and an event with the United States Strategic Command this fall in Omaha, Neb. For more information, visit www.SpaceFoundation.org.