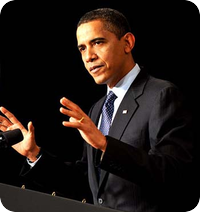 In January, President Barack Obama’s administration continued to move forward on efforts to review and reform policies in civil, commercial, and defense space. On Dec. 21, Obama signed Presidential Study Directive 8, directing his administration to recommend steps leading to an overhaul of the United States export control regime by no later than Jan. 29. The recommendations are to be based on the findings of an interagency review of the U.S. rules that govern exports of unclassified military and dual-use technologies (see related article in this issue of Space Watch). In civil space, the president’s long-awaited decision on the future of NASA’s manned spaceflight program was unveiled as part of his 2011 budget proposal.

The Department of Defense’s (DoD) 2010 Space Posture Review (SPR), due last December, is expected to be delayed for several more months. Required by law as a provision in the 2009 Duncan Hunter National Defense Authorization Act, the SPR will address the definition, policy requirements, and objectives for space situational awareness; space control, space superiority, including defensive and offensive counterspace, and protection; force enhancement and applications; space-based Intelligence, surveillance, and reconnaissance; integration of space and ground control systems; and other matters relevant to understanding the space posture of the United States.

Congress returned from its holiday break focused on passing health care reform and jobs creation legislation, but did take the time to touch on a few space-related actions. On Jan. 14, the Government Accountability Office (GAO) briefed the defense subcommittee of the House Appropriations Committee on its review of Commercial and DoD Space System Requirements and Acquisition Practices. The GAO review deemed DoD efforts a failure, saying that, in some cases, DoD exacerbated problems, particularly with respect to oversight.

On Jan. 15, NASA’s Aerospace Safety Advisory Panel (ASAP) released its 2009 annual report to Congress and the Administrator of NASA. ASAP members concluded that America’s space program faces significant challenges, including human rating requirements for potential commercial and international entities, extension of the Space Shuttle program beyond the current manifest, workforce transition from the Shuttle to the follow-on program, the need for candid public communications about the risks of human space flight, and the more aggressive use of robots to reduce the risk of human exploration.

On Jan. 19, House Science and Technology Committee Chairman Rep. Bart Gordon (D-TN) announced the committee’s legislative agenda for 2010. The committee’s top priority will be reauthorization of the 2007 America COMPETES Act, which increased funding for basic research and investment in science, technology, engineering, and mathematics (STEM) education. The committee also plans to pass a multi-year NASA authorization bill in the spring, which Rep. Gordon expects will set NASA’s path for the next decade.

On Jan. 20, the House of Representatives passed H.R. 3237, creating a new Title 51 of the U.S. Code for the laws that Congress has already passed regarding national and commercial space programs. The bill consolidates various provisions of law which have been enacted separately over many years, reorganizing them, conforming style and terminology, modernizing obsolete language, and correcting drafting errors.

On Jan. 21, the Space Foundation held a reception for New Generation Space Leaders as a part of its larger effort to engage the next generation of space professionals.