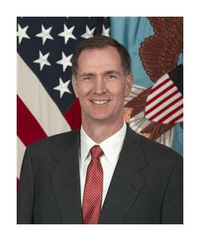 The United States’ ever-increasing dependence on space and cyber capabilities in a highly “contested environment” was the main topic of discussion when Dr. James Miller, principal deputy under secretary of defense for policy, spoke to industry and government space leaders at a Space Power Lecture Breakfast last month on Capitol Hill. The event was hosted by the Space Foundation.

Miller, who advises and assists the secretary of defense and deputy secretary of defense on the formulation of national security and defense policy and the integration and oversight of Department of Defense (DoD) policy and plans to achieve national security objectives, began his remarks by stating that the U.S. has become increasingly dependent on space and cyber capabilities, which is one of the reasons the DoD is stepping up its “Day Without Space” exercises, which assess the nation’s vulnerability to potential loss of space assets.

Discussing the recently released National Space Policy, Miller remarked on the significant focus on “collective interdependence” among nations and industry. He said that the U.S. must lead in developing “rules for the road” for this new environment. Miller also discussed the need to improve export controls to improve U.S. industrial competitiveness, which is a priority for the DoD.