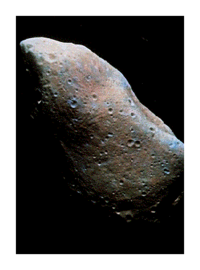 Several key themes imaged among the many presentations given over the span of the two day workshop:

According to NASA, NEOs are comets and asteroids that have been nudged by the gravitational attraction of nearby planets into orbits that allow them to enter the Earth’s neighborhood. Composed mostly of water ice with embedded dust particles, comets originally formed in the cold outer planetary system while most of the rocky asteroids formed in the warmer inner solar system between the orbits of Mars and Jupiter. The scientific interest in comets and asteroids is due largely to their status as the relatively unchanged remnant debris from the solar system formation process some 4.6 billion years ago. The giant outer planets (Jupiter, Saturn, Uranus and Neptune) formed from an agglomeration of billions of comets and the leftover bits and pieces from this formation process are the comets we see today. Likewise, today’s asteroids are the bits and pieces left over from the initial agglomeration of the inner planets that include Mercury, Venus, Earth and Mars.

Pictured:  In 2001, NASA’s NEAR Shoemaker spacecraft landed on the surface of the asteroid Eros, which is  21 miles long and eight miles thick; photo courtesy of NASA.