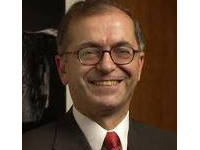 COLORADO SPRINGS, Colo. (Nov. 2, 2010) — As the Space Foundation’s highest honor, the General James E. Hill Lifetime Space Achievement Award is presented annually to only the most distinguished life-long achievers and role models in the space community. In 2011 the honor will go to Charles Elachi, Ph.D., director of the Jet Propulsion Lab (JPL) and vice president of the California Institute of Technology in Pasadena, Calif.

The award will be presented at a special luncheon on April 13, 2011, at the Space Foundation’s 27th National Space Symposium at The Broadmoor Hotel in Colorado Springs, Colo. William F. Ballhaus, Jr., Ph.D., chairman of the board of the Space Foundation, will present the award to Elachi. The luncheon is sponsored by Raytheon.

“Dr. Elachi ideally exemplifies the spirit of the Hill Award. He is the first NASA center director to be selected and joins an illustrious list of former recipients,” said Ballhaus. “We set exacting criteria and solicit nominations from space leaders around the world for this award. It is our highest honor and can only be conferred by unanimous vote of our board of directors.”

About Elachi
Elachi joined JPL in 1970 and was named its director in 2001.He has been a principal investigator on a number of research and development studies and flight projects sponsored by NASA, including the Shuttle Imaging Radar series, the Magellan Imaging Radar and the Cassini Titan Radar. As the director for Space and Earth Science Programs at JPL from 1982 to 2000, he was responsible for the development of numerous flight missions and instruments for Earth observation, planetary exploration and astrophysics.

In 1988, the Los Angeles Times selected Elachi as one of “Southern California’s rising stars who will make a difference in L.A.” In 1989, Asteroid 1982 SU was renamed 4116 Elachi in recognition of his contribution to planetary exploration. In 2006, he was selected as one of America’s Best Leaders by U.S. News & World Report and the Center for Public Leadership at Harvard University’s Kennedy School of Government.

About the Award
The Space Foundation annually presents the Hill award in honor of its late, long-time chairman, Gen. James E. Hill, USAF (Retired). The award recognizes outstanding individuals who have distinguished themselves through lifetime contributions to the welfare or betterment of humankind through exploration, development and use of space, or through use of space technology, information, themes or resources in academic, cultural, industrial or other pursuits of broad benefit to humanity. Tickets to the luncheon can be purchased by Symposium attendees, but sell out quickly.

A special event at this year’s 27th National Space Symposium will be the Industry Salutes the Space Shuttle luncheon, to be held on April 12, 2011, the 30th anniversary of the initial Space Shuttle launch. The luncheon, co-sponsored by the Space Foundation and United Space Alliance, will include a presentation to NASA in honor of the men and women who contributed the nation’s longest-duration and most productive space program.

New to the 27th National Space Symposium will be expanded exhibit space with the extraordinary Boeing Exhibit Center occupying three halls in 2011.

Returning for 2011 will be the popular cyberspace and new generation events. Cyber 1.1 will be held on Monday, April 11, and requires separate registration. An expanded New Generation Space Leaders program for young, up-and-coming space professionals, age 35 and younger, will be offered throughout the four-day Symposium.