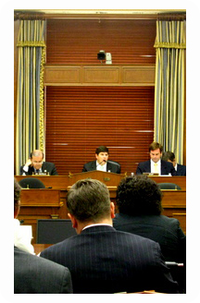 In May, the House Space & Aeronautics Subcommittee held two hearings:

In the first hearing on May 5, members of the Subcommittee voiced their concern that the request sought a 75 percent increase over the agency’s FY 2010 enacted budget and would expand its workforce by nearly 50 percent. The significant request increase is directly related to the expiration of legislation in 2012 that bans the Office of Commercial Space Transportation from regulating human spaceflight activities. However, members of the Subcommittee verbally indicated that they intend to extend the moratorium beyond the current 2012 expiration date.

In the second hearing, held May 26, members of the Subcommittee questioned whether Space Exploration Technologies (SpaceX) and Orbital Sciences Corp. were on track to satisfy the missions scheduled under their Commercial Orbital Transportation Services (COTS) and Commercial Resupply Services (CRS) contracts. William H. Gerstenmaier, associate administrator for NASA’s Space Operations Mission Directorate, told members of the Subcommittee that NASA saw “no reason to doubt the contractors’ ability to fulfill their contract obligations.”

SpaceX and Orbital stated they both expect to start flying their cargo resupply missions to the International Space Station in 2012.