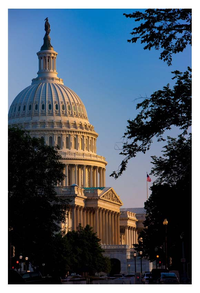 During May, space-related subcommittees met, authorization acts were passed and strageic decisions were announced:

Hearings
The Senate Strategic Forces Subcommittee held a hearing on May 11 entitled, Military Space Programs in Review of the Defense Authorization Request for Fiscal Year 2012 and the Future Years Defense Program. Senators on the Subcommittee recognized several recently successful launches of Department of Defense satellites, including:

Senators on the Subcommittee said that they believed that the Air Force and Navy “seemed to have had resolved past design, development and manufacturing issues that had plagued their previous satellite programs.” However, Sen. Jeff Sessions (R-AL) voiced concern over the U.S. signing onto any international Code of Conduct for space activity, specifically the European Union Code of Conduct.

At a House Foreign Affairs Committee hearing on Export Controls, Arm Sales, and Reform: Balancing U.S. Interest on May 12, members of the Committee questioned the representatives from the administration on the President’s proposal to reform export controls. Chairwoman Ileanna Ros-Lehtinen (R-FL) said she plans to introduce legislation this year that would subject generic defense parts and components to less-rigorous export controls.

On May 26, the Senate passed the Intelligence Authorization Act for FY 2011 by a voice vote, sending the bill to President Barack Obama to sign. The bill would authorize funding for 16 U.S. intelligence agencies and intelligence-related activities of the U.S. Government.

On May 26, the House of Representatives passed the National Defense Authorization Act for Fiscal Year 2012, H.R. 1540. The bill provides policy guidance on national security space and authorizes funding for national security space programs. The Senate Armed Services Committee is expected to mark up its version of the National Defense Authorization Act for FY 2012 in June.

Strategic NASA Announcement
On May 24, NASA announced that the Multi-Purpose Crew Vehicle (MPCV) will be based on designs originally planned for the Orion Crew Exploration Vehicle.