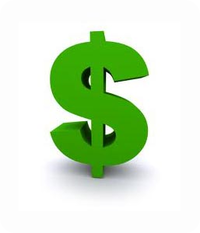 On July 13, the House Committee on Appropriations passed its FY 2012 Commerce, Justice, Science and Related Agencies (CJS) bill, which includes funds for NASA and NOAA. The CJS bill would appropriate $16.8 billion in spending for NASA, which is $1.9 billion less than the President requested for FY 2012.

In formulating the budget decrease, the committee recommended funding a number of space programs at equal or lower levels than the President’s FY 2012 request:

In addition, the CJS bill would appropriate $4.5 billion in spending for NOAA – $1 billion less than the President requested in FY 2012. In formulating the budget decrease, the committee recommended funding the Joint Polar Satellite System (JPSS) at $901 million, which is $168 million below request.

The CJS bill now awaits a vote by the full House of Representatives.

The Space Foundation has produced a NASA FY 2012 Budget Comparison document that is available here.

*The Space Foundation has also has taken a position of strong support of funding for the James Webb Space Telescope; for details, click here.