The FY 2013 National Defense Authorization Act (NDAA), which includes language that significantly modernizes space-related provisions within the International Traffic in Arms Regulations (ITAR) law, was signed into law on Jan. 3, paving the way for the United States to become more competitive in the global space arena. The Space Foundation has advocated for such reform for at least a decade. 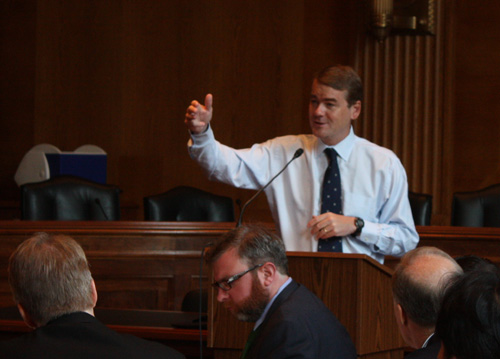 “For years, we have watched the U.S. lose ground against global competitors because of the largely unintentional consequences of onerous regulations on space technology for export,” said Space Foundation Chief Executive Officer Elliot Pulham.

“Now, thanks to the hard work of a number of individuals – most especially Senator Michael Bennet (D-CO) and Senator Mark Udall (D-CO) – our nation will soon be able to once again vigorously compete in an industry we helped invent.”

The NDAA gives the administration discretion to transfer certain less-sensitive satellites and satellite components from the restrictive United States Munitions List (USML) to the less restrictive Commerce Control List (CCL), thus allowing U.S. space businesses to sell more space products and services outside the U.S. and to enter into more business relationships with global partners. Specific space provisions of the NDAA, which provides congressional policy guidance to the Department of Defense (DoD) and authorizes funds to be appropriated for DoD programs, include:

More Work to Do

The Space Foundation updated our U.S. Defense Space-Based and Related Systems FY 2013 Budget Comparison to reflect the changes. To see all the space-related provisions in the FY 2013 NDAA, please click here.