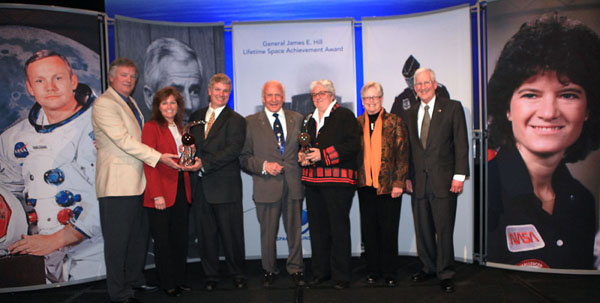 NASA astronauts Neil A. Armstrong and Sally K. Ride, Ph.D., both of whom died in 2012, were honored April 10 at the General James E. Hill Lifetime Space Achievement Award luncheon, co-sponsored by The Boeing Company. This is the first time the award has been presented posthumously.

The General James E. Hill Lifetime Space Achievement Award is the highest honor bestowed by the Space Foundation. It is presented annually in honor of our late, long-time chairman, retired U.S. Air Force General James E. Hill. The award recognizes outstanding individuals who have distinguished themselves through lifetime contributions to the welfare or betterment of humankind through the exploration, development and use of space, or the use of space technology, information, themes or resources in academic, cultural or other pursuits of broad benefit to humanity. Nominations are solicited throughout the space industry worldwide, with the Space Foundation’s Board of Directors selecting the honoree.

The inspiring and touching ceremony included: 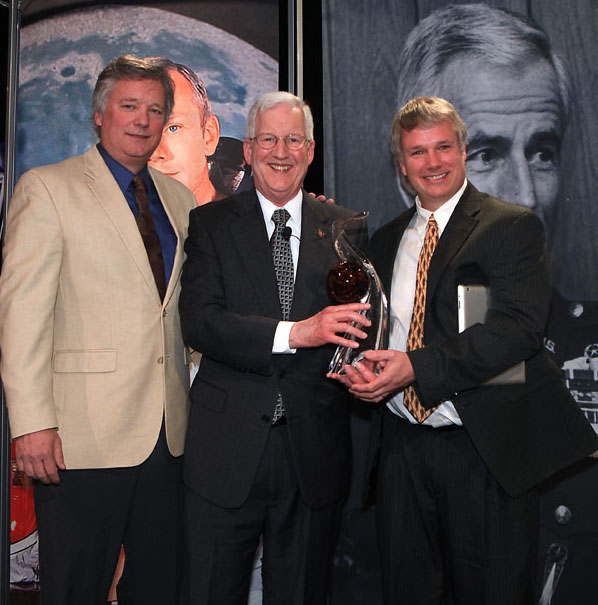 Armstrong’s son, Mark and Rick, accepted the award for their father. Mark Armstrong called for a rededication to space exploration and Rick expressed gratitude in the way that he said he would have expected his father to.

Pictured, above right: Rick and Mark Armstrong with the custom-designed Hill Award 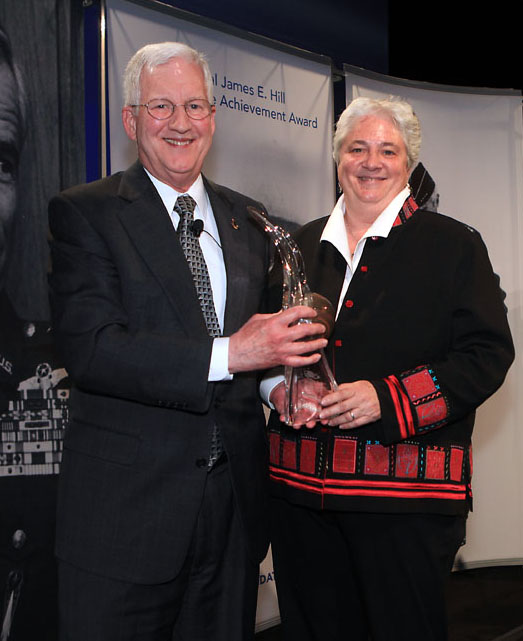 Ride was author of five science books for children and initiated projects designed to inspire middle school students’ fascination with science. She died in 2012 at the age of 61. See more about her work at www.sallyridescience.com.

Dr. Bear Ride accepted the award of behalf of her sister, speaking of Ride’s excitement about science and learning.

To see a video of the luncheon, click here.