The Senate Armed Services Subcommittee on Strategic Forces held a hearing on April 24, “Military Space Programs and Views on Department of Defense Usage of the Electromagnetic Spectrum.” 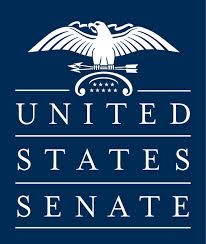 During the hearing, Sen. Udall, the new chair of the strategic forces subcommittee, noted in his opening remarks that the Air Force has made great strides in getting satellite programs on track, after years of cost overruns; however, he still had questions regarding launch cost, small satellite utilization, communication satellite terminals, space debris mitigation and disaggregation. He said there has been much debate about the Department of Defense’s use of a radio frequency band that has commercial potential.

Sen. Sessions stated that managing space capability development and acquisitions over the next five years would define for decades how space will either enable the United States warfighting capability, or limit it. In addition, Sessions applauded the Evolved Expendable Launch Vehicle (EELV) program for recording a $1.1 billion reduction in cost to the program over the next five year budget cycle.

In addition to reviewing military satellite programs, the hearing covered progress being made by the Department of Defense to move from certain valuable sections of the electromagnetic spectrum, which are important to growth for the commercial wireless broadband community, and transitioning to other parts of the spectrum without causing disruptions to national security missions and operations.