The House Science, Space & Technology Subcommittee on Space and Subcommittee on Research held a joint hearing on May 9, “Exoplanet Discoveries: Have We Found Other Earths?” 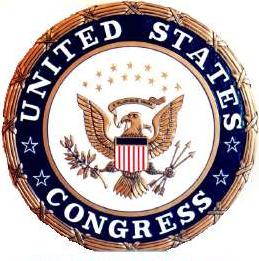 Members of Congress in Attendance:

In 2018, NASA will launch the James Webb Space Telescope (JWST), and that will give NASA a big leap in capability to study exoplanets’ atmospheres and their other components. Prior to the launch of JWST, NASA plans to launch the Transiting Exoplanet Survey Satellite (TESS), which will survey the entire sky for the nearest and brightest stars – Earth’s neighbors – to see if there are transiting planets around those stars.

As an example of NSF’s technology development, NSF funding has led to more accurate wave-length standards, which has enabled precision measurements of stars to determine motions that are being caused by planets with similar masses to the Earth.

A constrained budget environment would cause NASA to have to make tough choices, and, in fact, has already had an impact on starting new projects. As an example, even though NASA has selected to fund the TESS program, it has had to slow the start of that mission by about six months due to the impact of sequestration in FY 2013. Further, if sequester continues in its current form, NASA will have to look at turning off an operating observatory, or cutting back further on the development of new missions.

NSF has two primary issues that it would have to think about with regard to a constrained fiscal environment. First, some of the new observatories that are coming online are more expensive to operate than previous NSF observatories. So, in a constrained environment, in order to operate those new tools, NSF would have to decrease the funds for research grants that it gives to individual investigators. The other big concern for NSF is the possibility of early degradation of its new telescopes due to an inability to fund normal infrastructure upkeep.