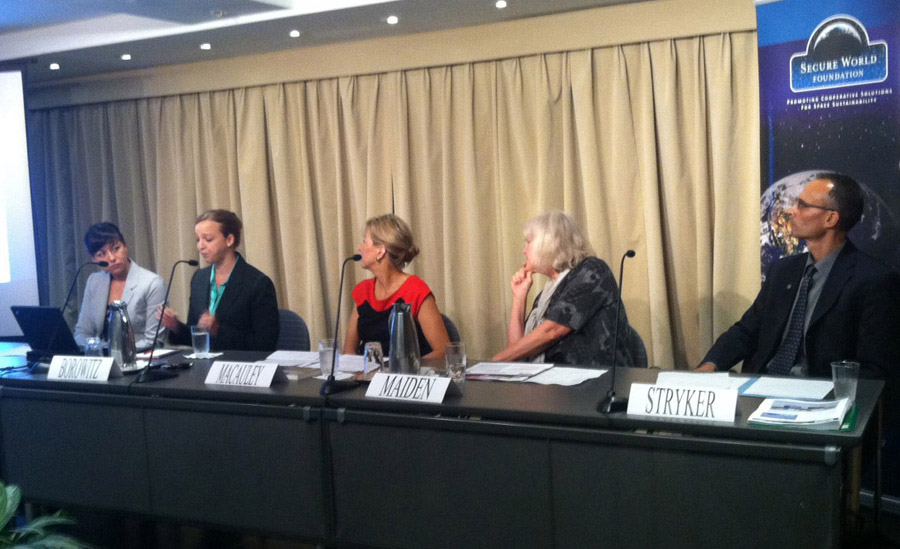 Also on the panel was Dr. Molly Macauley, vice president of research and senior fellow, Resources for the Future, who emphasized the need for reciprocity in international data-sharing, and also highlighted the difficulties experienced by government agencies in attempting to track use of their data.

The panel was followed by thirty minutes of Q&A, with discussion of commercialization of government earth observation activities, as well as national security and international relations motivations for data-sharing policies.