Government Must Understand the Travel Effect

The U.S. Travel Association last week released its report on the unintended consequences of the U.S. government’s off-target, ham-fisted crackdown on government employee travel – revealing that our political leaders have placed in jeopardy some 340,000 American jobs and $24.4 billion in economic activity, without actually saving any taxpayer dollars. 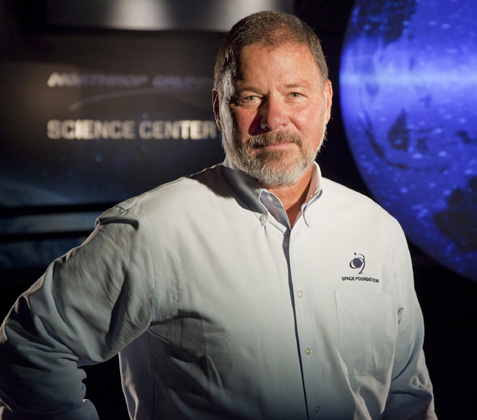 In fact, the current anti-travel fad is forcing the country to pay more to get its business done – especially in science and technology enterprises like space, aerospace and homeland security – while also choking off $5.5 billion in needed tax revenues.

Of course, that’s just the tip of the iceberg.

The annals of government are rife with horror stories about the unintended consequences of hastily enacted, politically motivated, regulation. No one knows this better than the U.S. space industry, which, years ago, saw its share of the commercial satellite manufacturing market drop from a commanding 75 percent to a paltry 20 percent in the wake of rush-to-judgment changes in satellite export regulations. Billions of dollars worth of lost sales, thousands of lost jobs, the strengthening of competitors to the U.S. and the weakening of the U.S. industrial base have been the consequences. Years of effort by government and industry to fix the problems caused by this knee-jerk legislation have moved the effort tantalizingly close to the goal line; but close only counts in horse shoes and hand grenades, and the damage of ITAR is still not contained, let alone reversed or repaired.

In this context, the current political witch-hunt over government travel seems like déjà vu all over again for the space industry. The bad behavior of a few government employees has triggered travel policy edicts and proposed legislation that does nothing to punish, correct or re-train the guilty. Instead these measures cripple the ability of government agencies to perform legitimate, mission essential travel in support of critical government operations – most notably science, technology and national security enterprises.

One difference this time around is that these unintended consequences are being felt much more broadly outside of the government contracting communities. Nonprofit organizations like the Space Foundation, which cost-effectively provide an invaluable service to government by convening meetings of government, industry, academia and international partners, are being put at risk. Hundreds of thousands of working men and women in the travel industry are also in peril. American working families are in the crosshairs.

Among those responding is the aforementioned U.S. Travel Association. U.S. Travel, as it is known, is a national, nonprofit organization representing all components of the travel industry – which generates $1.9 trillion in annual economic output and supports 14.4 million American jobs. I had the opportunity to meet with the U.S. Travel board of directors in Kohler, Wisconsin, last week. The Space Foundation and our 29th National Space Symposium were among a half-dozen case studies researched for U.S. Travel by the data-crushing gurus at Rockport Analytics, Inc. The findings of the U.S. Travel study provide a sobering, cautionary tale for government, and unequivocally suggest that a fast reversal of course is in order.

The study estimated that in 2011, government travel had a $24.4 billion impact on the economy, helped support more than 340,000 U.S. jobs, generated $14.5 billion in U.S. wages and $5.5 billion in tax revenue for local, state and federal government.

U.S. Travel and Rockport Analytics found that canceling business travel for government employees may possibly save a small amount of money in the short term – but it does so by jeopardizing current operations, at the expense of long-term efficiency and the ability to deliver services.

One example cited: the 2013 Military Health Systems Conference was canceled – but part of the point of the meeting was to “streamline processes [to] eliminate redundancies and reduce health care costs.” U.S. Travel’s research estimated that the cancellation cost taxpayers about $813,000 – a nearly million dollar cost increase rather than reduction in government costs.

In its case study of the withdrawal of NASA and the cutbacks by other U.S. government agencies at the 29th National Space Symposium, U.S. Travel said:

“Not having representatives from NASA . . . and other agencies undermines the nation’s position in international space diplomacy, acquisition of education to solve critical space challenges and the development of America’s future space leaders.”

“Non-participation . . . voids the cost efficiency of bringing international space leaders together at one event – many of the foregone face-to-face meetings having to be rescheduled later as more expensive transient government travel.”

“The long term impact of non-participation is significantly greater than the federal government’s short-term cost savings . . .”

It is important that the administration and the Congress hear what organizations like U.S. Travel, and the Space Foundation, have to say. And, I am happy to report, there are some signs that our messages are getting through.

The Office of Management and Budget, which triggered much of the over-reaction by federal agencies when it issued travel and conference guidelines under the innocuous guise of OMB Memorandum M-12-12, has fielded a great deal of feedback on the unintended consequences of that memorandum; as a result, OMB has now gone back to agencies with clarifying language that does a great deal to take government travel, meetings, conferences and symposia out of the penalty box. In a Controller Alert sent to agencies on May 28, 2013, OMB sought to clarify the value that government travel has to the nation, while putting the responsibility for a balanced approach and good judgment back on the agencies, saying:

“Bringing together Federal employees at a single location – such as for program reviews or technical evaluations, presentation of scientific findings, oversight boards or advisory group meetings, international engagements and standards-setting committees – may be the most efficient and cost-effective means for reviewing government-sponsored efforts, issues or challenges. Several agencies rely on meetings with industry and academic colleagues to drive innovation and ensure continued advancement in related fields.”

“Each agency needs to achieve the right balance between reducing spending and meeting mission-critical needs.”

Special emphasis needs to be given to a couple of key phrases here: “bringing together federal employees at a single location” and “may be the most efficient and cost-effective means.”

This is not to say that the abuses of government employees in such incidents as the GSA and IRS scandals should be ignored or tolerated. They certainly should not.

But, just as any boss must accept responsibility for the behavior of his or her employees, and any general officer must be held accountable for the actions of those under his or her command, Congress and the administration must hold the GSA and IRS accountable – not just take a broad, random, non-specific swipe at every government employee who travels. The vast majority of these citizen-servants toil long, hard hours for modest pay, in inglorious working conditions, doing the very best they can – often at great sacrifice – for our country. They deserve better than to be made pincushions in some voodoo game of political optics.

At the Space Foundation, we’ve been working hard with partner organizations like U.S. Travel and the American Society of Association Executives to educate our elected and appointed officials on the value of dialogue among government, industry, academia and international partners. For 30 years, we have helped the global space industry to convene. Our industry, our country and the world are better because of this important work.

The View from Here is that government must understand the travel effect. That when people travel, meet and convene, good things happen. The people’s work is done more efficiently, crucial knowledge is shared and partnerships forged. Misunderstandings are reduced, margins of error narrowed. Costly government programs are kept out of jeopardy. Economies are stimulated, jobs are sustained and taxes are paid.

The GSA and IRS scandals are outliers, two failures in a sea of thousands of successes. They should be dealt with firmly – but without collateral damage.