The Politics of Propulsion 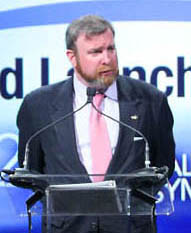 Those of us who have been working in the space business for a while are aware that at present a portion of U.S. space lift capability is reliant upon Russian manufactured and then imported rocket engines. This has been the case for just over a decade.

That said, the recent crisis in the Ukraine, and resultant strain in Russo-American relations, has caused this fact to emerge in political circles that were unaware of this fact. As such, there have been calls and cries for embargoes, cancelling of contracts and other measures that may ‘feel good’ in the near term, but over the mid-to-long term, could have a serious impact on the ability of the U.S. to send important payloads into space.

In the 1990’s, it was a geopolitical calculation that engaging the Russian rocket industrial base would serve two purposes:

The Russian-made rocket engines fill a select niche, which at present, no American rocket engines can currently. Could we develop indigenously the niche capability these Russian engines provide? Certainly. But publicly stated and informed opinions say it would take a serious financial investment and several years. We can quibble about precise dollar amounts and exact time lags, but an indigenous capability is not ‘turn-key.’

This brings us back to current dilemma, reliance on Russian rocket engines made sense in a variety of ways for many years. The present flare up, which could have much larger geopolitical ramifications besides space lift, exposes for thoughtful review the continued wisdom of this policy by decision makers on Capitol Hill, the administration, the Pentagon and NASA. Is it in the national interest to embark on a new rocket engine program, given the time and money to complete? If so, who in the U.S. government should pay for it? Does it make better sense to stay the course and accept that bumps in Russo-American relationship are to be expected, but not worth the costs of a new engine when there are certainly other areas needed for investment in our space capabilities?

In my opinion, this discussion needs to happen with cool heads, hard facts and a firm understanding of the resultant impacts, regardless of which road we take.

In this case, YES, it IS rocket science and politics do not belong.

Curry leads the Space Foundation’s government affairs efforts in Washington, D.C., serving as principal interface with key customers, staff and officials in the Administration, Congress, space industry and federal agencies including NASA and the Departments of Defense, Commerce, State, Education and Transportation.