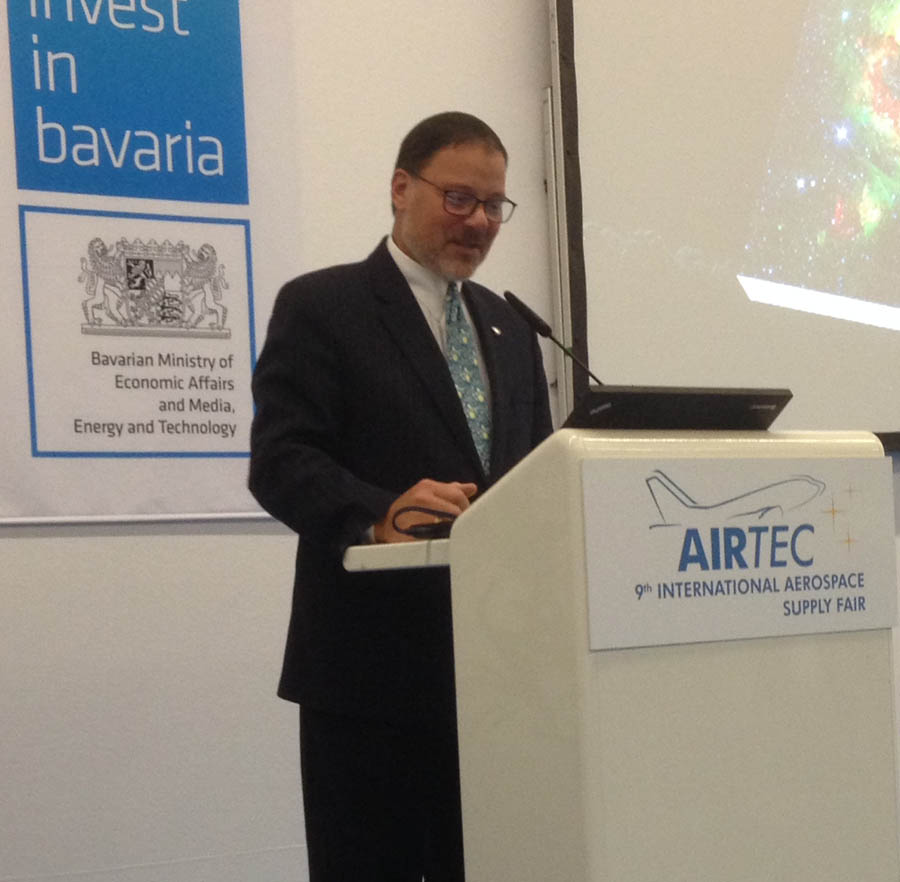 This business and technology event brings together suppliers and executives of manufacturers involved in the aerospace supply chain from around the globe.

While in Frankfurt, the Space Foundation and the German Space Agency (DLR) hosted the fourth meeting of the U.S.-Germany Aerospace Roundtable (UGART) in Frankfurt, attended by more than 50 representatives of industry and government agencies. The meeting included a visit to the European Space Agency’s Space Operations Centre in Darmstadt for a detailed briefing on the Rosetta mission.