It's Not Too Late to Register for the 32nd Space Symposium

Registration is still being accepted for the premier global space conference to be held in 2016. The Space Foundation’s 32nd Space Symposium is scheduled for April 11-14 at The Broadmoor in Colorado Springs, Colo., and is expected to attract thousands of space leaders from dozens of countries, representing all sectors of the global space community. 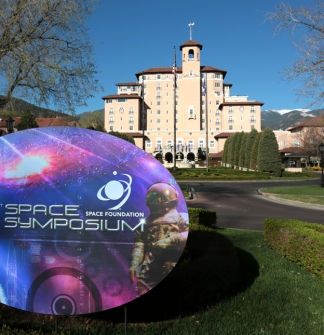 The 32nd Space Symposium will officially launch on Monday evening, April 11, at The Broadmoor in Colorado Springs, and wraps up Thursday evening with three events celebrating the induction into the Space Technology Hall of Fame® of two innovations developed for space that now improve life on Earth.

These three events will honor the inductees:

See the complete agenda and registration information at www.spacesymposium.org.