The Space Foundation kicked off a fast-paced month of space policy happenings in D.C. on March 4, with the release of “Ensuring U.S. Leadership in Space,” a messaging document for presidential campaigns. This White Paper was developed and approved by 14 space organizations. Read more about it in this month’s View From Here. Click here to download the paper.

During the SATELLITE 2016 conference in National Harbor, Md., Brendan Curry, Space Foundation Vice President – Washington Operations, participated as a mentor during a Speed Mentoring session (pictured below). The event took place on March 9 and was organized by the Space Generation Advisory Council (SGAC), a global non-governmental, non-profit organization and network which connects university students and young professionals from more than 100 countries to think creatively about international space policy issues and inject the new generation point of view into international space policy creation. Later that evening, Jillianne Pierce, Space Foundation Government Affairs Associate, attended a reception at the Embassy of the United Arab Emirates.

On March 10, Pierce participated as a young professional mentor during a networking breakfast for students at the Goddard Symposium in Greenbelt, Md. The day prior, NASA Administrator Charlie Bolden addressed the gathering, suggesting that the ISS should be nominated for a Nobel Peace Prize. Jean Jacques Dordain, former Director General of the European Space Agency, also spoke at the Goddard Symposium, emphasizing the importance of international partnership and inspiring youth through space. He also said “you don’t have to love your spouse,” emphasizing the non-necessity of total agreement, but rather the importance of shared goals to cooperate. On the evening of March 11, Space Foundation COO Shelli Brunswick joined the D.C. team to host a number of distinguished guests at the Goddard Memorial Dinner, held at the Washington Hilton. The annual black-tie event is always a highlight of the D.C. space community event calendar and recognizes outstanding achievements in spaceflight, engineering, science, management and education. 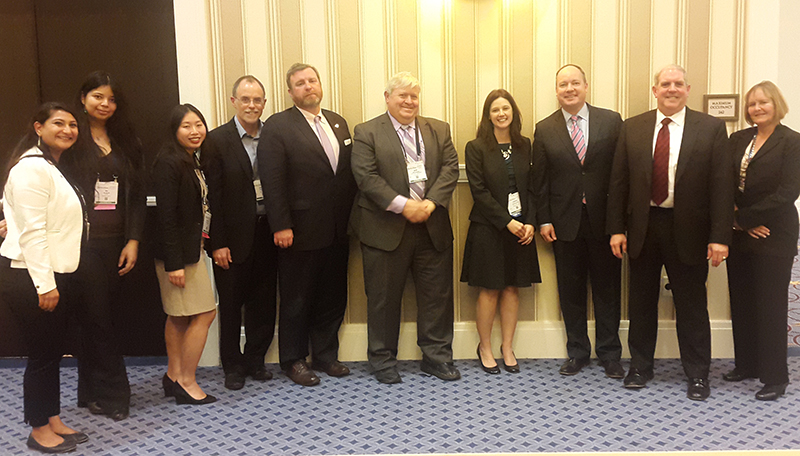