May 2016 Report from Washington

April saw a flurry of activity in space policy issues, many which were highlighted at the beginning of the month during the 32nd Space Symposium in Colorado Springs, and which carried over into activity on the Hill later in the month. 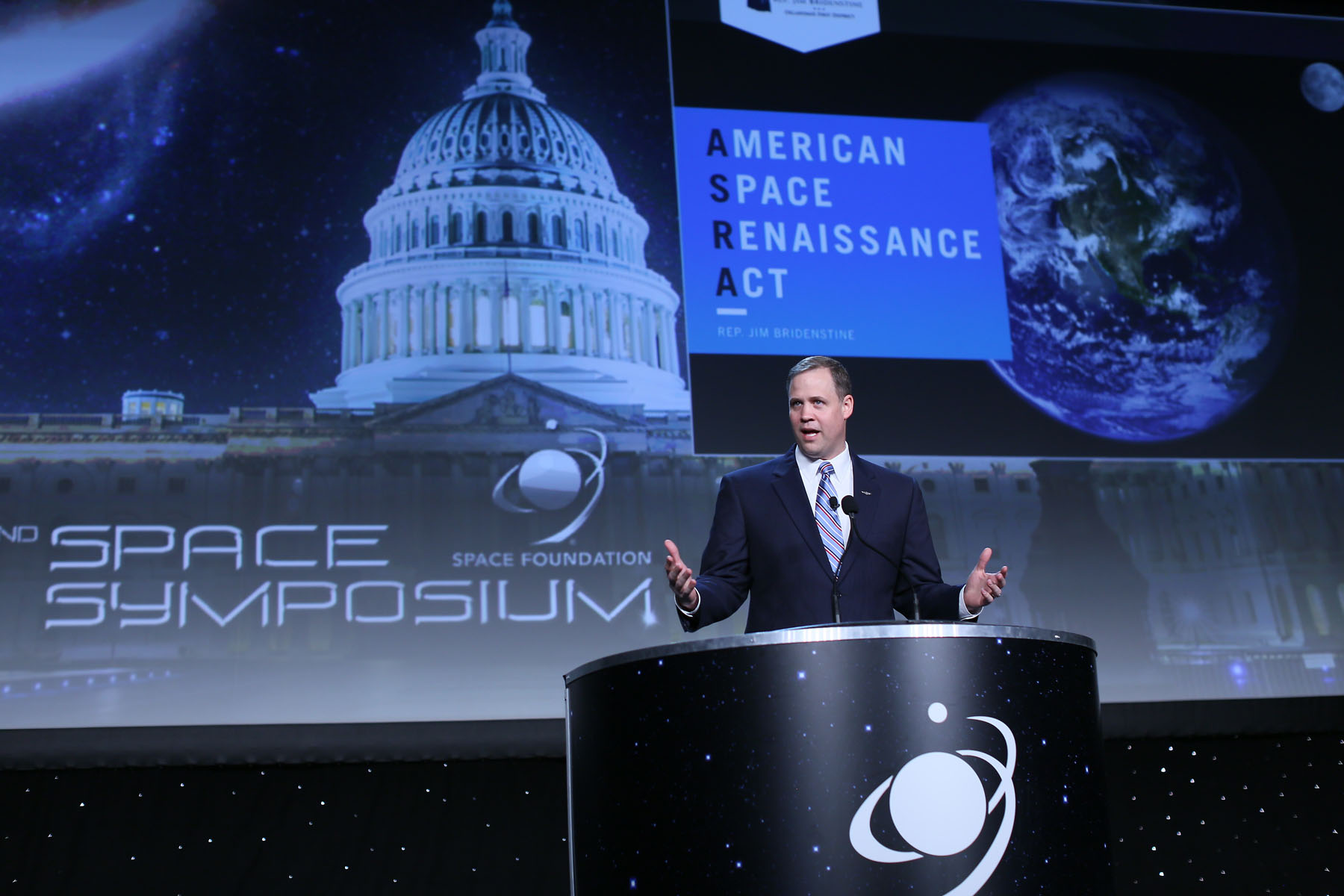 During the Space Symposium, Congressman Jim Bridenstine (R-OK) unveiled the American Space Renaissance Act (ASRA), a sweeping piece of legislation dealing with comprehensive reforms to the domestic civil, commercial, and national security space enterprise. Several provisions made their way into the House markup of the National Defense Authorization Act (NDAA) in the wee hours of the morning on April 28.

Also during NDAA markup, the House voted on RD-180 amendments. Among other things, amendments passed that (1) permits the purchase of up to 18 engines from the Russian Federation for national security launches and (2) authorizes up to 25 percent of funds for the development of an RD-18p replacement to be spent on a launch vehicle, upper stage, or strap-on motor (rather than just the core first stage engine) if the Secretary of Defense certifies that development of a first stage engine is on target and hitting development milestones.

On the morning of April 19, Space Foundation CEO Elliot Pulham and Commercial Spaceflight Federation President Eric Stallmer testified before the U.S. House of Representatives Committee on Science, Space and Technology’s Space Subcommittee, during a hearing entitled, “The Commercial Space Launch Industry: Small Satellite Opportunities and Challenges.” Pulham characterized the international launch market as “highly competitive and abundantly supplied with a variety of launch systems, with new systems and suppliers entering, or attempting to enter the market, virtually every day.” Regarding the small sat boom, he stated that “we need to be cautiously optimistic and not be overly bullish” and that “policies should enable all space companies to operate with the least amount of intrusive regulation and maximum ability to operate successful businesses.”

In recent weeks, the question of whether Intercontinental Ballistic Missiles (ICBMs) should be repurposed to power U.S. commercial vehicles has emerged as a contentious debate. As a result, the House Armed Services Committee is requesting a study on the use of ICBMs for launching commercial payloads.

Also on the commercial side of things, the spring meeting of the Federal Aviation Administration (FAA) Commercial Space Transportation Advisory Committee (COMSTAC) took place April 27-28 in Washington, D.C. Among other things, issues discussed included giving a civilian agency the authority to do space situation awareness activities from the military to the civil sector and developing an appropriate approach to ensure U.S. compliance with obligations under Article VI of the Outer Space Treaty, which assigns states parties to the treaty responsibility for “authorization and continuing supervision” of the activities of non-governmental entities in outer space.

The National Academies’ Aeronautics and Space Engineering and Space Studies Boards also met April 25-28. Topics of conversation included the NASA Mars 2020 rover mission as well as a mission to Jupiter’s moon Europa, among other things. Meanwhile, that same week, the Senate Appropriations Committee marked up the Commerce, Justice, Science Appropriations Bill, the vessel which funds NASA and NOAA. In the Senate’s version of the appropriations bill, NASA would receive $19.306 billion, and NOAA would receive $2.029 billion.

On April 27, the Senate Commerce, Science and Transportation Committee passed the Space Weather Research and Forecasting Act favorably out of committee. The bill is intended to clarify responsibilities among different federal agencies relating to space weather research and forecasting.

The FAA office of Commercial Space Transportation’s full request of $19.8B was approved in the Senate version of the Transportation, Housing, and Urban Development appropriations bill.