When they returned to Earth on March 1, 2016, (March 2 Kazakhstan time) NASA astronaut Scott Kelly and Russian cosmonaut Mikhail Kornienko had spent nearly a year in space. Their record-setting 342 days in space is expected to help pave the way for human spaceflight to Mars and other distant destinations. 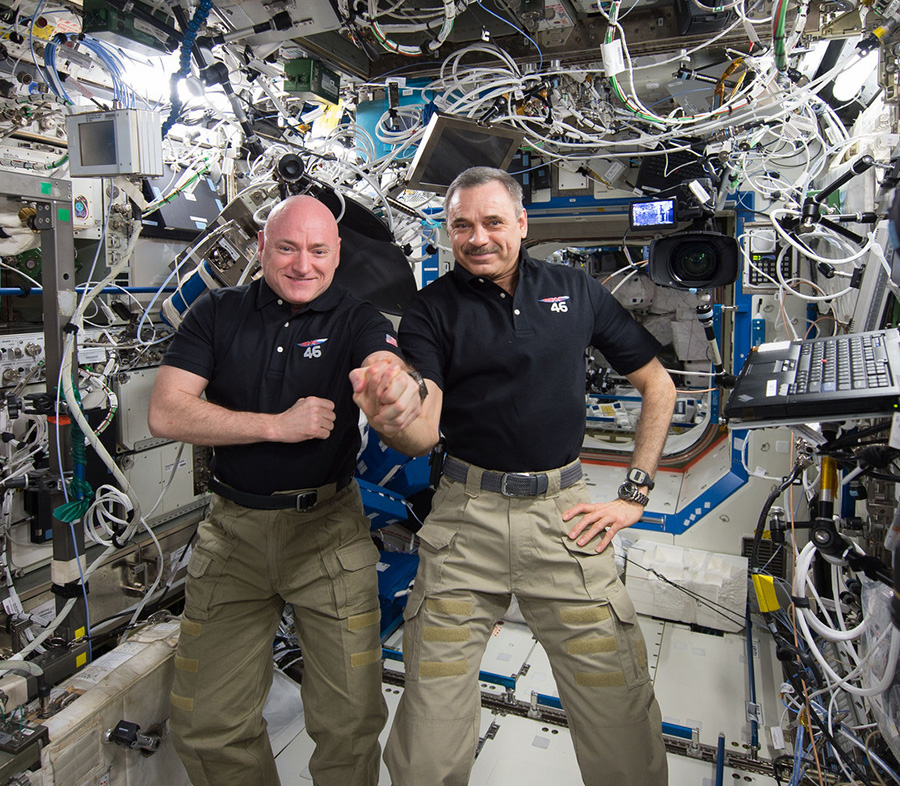 For that accomplishment, Kelly and Kornienko will receive the Space Foundation’s 2017 Space Achievement Award, which annually recognizes individuals or organizations for critical milestones in the evolution of space exploration and development.

Scott Kelly’s identical twin brother Mark Kelly is a former NASA astronaut, providing scientists with a unique opportunity to study the effects of Scott’s time in space and its impact on his body, compared with that of Mark, who remained on Earth. These studies will provide crucial information in preparing humans physiologically and psychologically for a long-duration manned mission to Mars.

The 2017 Space Achievement Award will be presented on April 3 during the opening ceremony of the 33rd Space Symposium at The Broadmoor in Colorado Springs, Colo., USA. The opening ceremony is co-sponsored by Northrop Grumman, and features presentation of top Space Foundation awards.