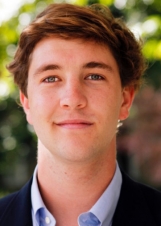 The focus on Capitol Hill during June was largely on the President’s budget request for fiscal year 2018, which was released at the end of May.

On June 7, the House Subcommittee on Strategic Forces held a hearing on the FY18 budget request for missile defeat programs. The hearing included a review of a successful test of a ground-based ICBM interceptor on May 30, and discussion of related priorities and needs moving forward for the country’s missile defense systems.

On June 8, both the House Appropriations Subcommittee on Commerce, Justice, Science and Related Agencies, and the House Space Subcommittee, held hearings on NASA’s FY18 budget, with Acting Administrator Robert Lightfoot speaking as the sole witness in both hearings.

Later that same afternoon, the House Science, Space and Technology Committee held a full committee markup of the American Space Commerce Free Enterprise Act of 2017, which faced some opposition, but was ultimately approved by voice vote along with three amendments to the legislation.

There was little mention of space issues, or the FAA’s Office of Commercial Space Transportation (FAA AST), during two separate FAA reauthorization hearings that same week. The hearings were held by the Senate Subcommittee on Aviation Operations, Safety and Security and the full House Transportation and Infrastructure Committee.

During the week of June 12, the Space Foundation’s Vice President of Washington Operations, Brendan Curry, attended the 60th session of the United Nation’s Committee on the Peaceful Uses of Outer Space (COPUOS) in Vienna, Austria. Curry traveled alongside officials from the U.S. Department of State to participate in several days of panels, speakers and presentations with representatives from more than 84 member nations.