The Council will include the new NASA administrator, once that person has been named, as well as the secretaries of state, defense, commerce, transportation and homeland security; the chairman of the Joint Chiefs of Staff; and several other administration officials. Scott Pace, former Director of the Space Policy Institute and Professor of the Practice of International Affairs at the George Washington University’s Elliott School of International Affairs, has been selected to serve as executive secretary of the council.

The National Space Council was established 60 years ago, and disbanded in 1993, during the end of the administration of George H.W. Bush. 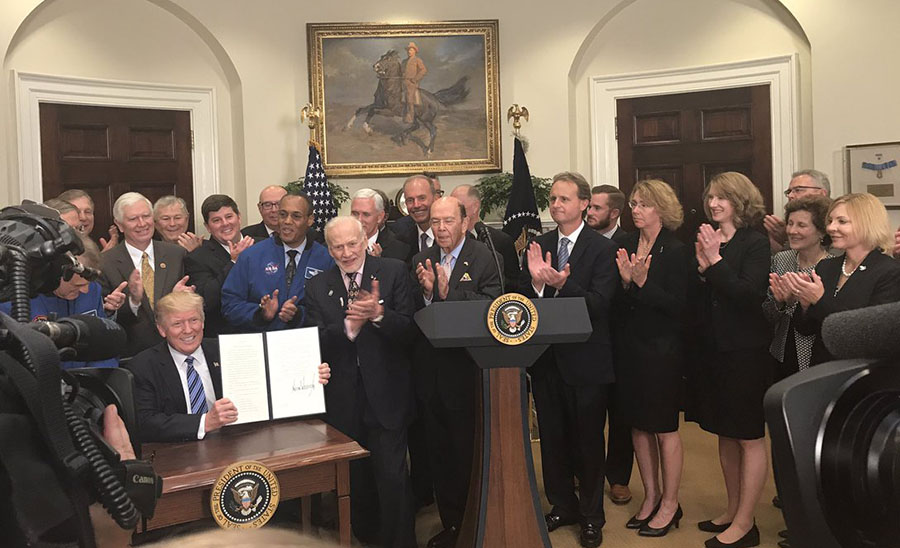