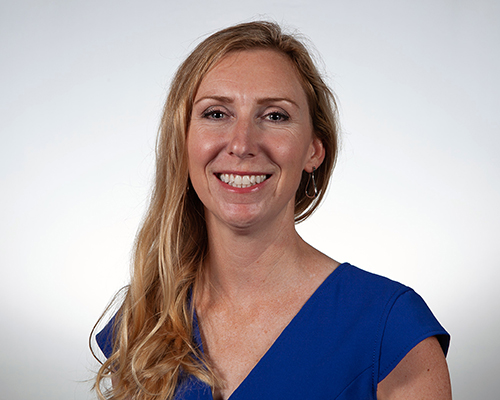 The award, named for Mercury and Apollo astronaut Alan Shepard, is presented jointly by the Space Foundation, the Astronauts Memorial Foundation (AMF), and the National Aeronautics and Space Administration (NASA), in recognition of creative and innovative use of technology by K–12 educators, or district-level education personnel.

Heins’ selection for this honor was based on her impressive legacy of achievements, which includes her work as Space Center University Director at Space Center Houston in Houston, Tex, where she currently develops innovative mission-based content and oversees immersive education programs such as Space Center University®, Stars & STEM, as well as many other programs and special events. Heins is instrumental in developing authentic learning experiences to inspire the next generation of explorers. She has also established an intern program for Space Center Houston’s education department.

In addition to the numerous teaching accolades Kaci has received, she was also recipient of the 2017 Space Center Houston Education Leadership Award and the 2016 PBS Digital Learning Media Innovator award.

Her many STEM-related presentations and speaking engagements have included recent appearances as a keynote speaker at the 2019 Society of Women Engineers Houston Chapter’s “Introduce a Girl to Engineering Day,” and the 2019 Arizona Science Teachers Association Conference.

In addition to being a Space Foundation Teacher Liaison, Heins is affiliated with the National Rocketry Association, the NASA JPL Solar System Ambassadors program, the Association of Science and Technology Centers, and she is an alumna of NOAA’s Teachers at Sea program.

About the Award
The award will be presented to Heins on Monday, March 30, 2020, during the Space Foundation Teacher Liaison Professional Development Workshop at the Space Foundation Discovery Center in Colorado Springs. See previous Shepard Award recipients at www.spacesymposium.org/about-us/space-foundation-awards/.

About the Astronauts Memorial Foundation
Founded in the wake of the Challenger accident in 1986, AMF honors and memorializes 25 astronauts who sacrificed their lives for human space Exploration. AMF, a private, not-for-profit organization, built and maintains two major facilities at the John F. Kennedy Space Center Visitor Complex. The Space Mirror Memorial is a 42-foot high by 50-foot wide polished granite monument designated by Congress to be the national memorial for America’s astronauts. At the Center for Space Education AMF partners with NASA to inspire future generations of scientists, technologists, engineers and mathematicians. Students, teachers, and mentors experience building rockets, robotic competitions and other hands-on space-related learning activities led by NASA space education specialists. The Center for Space Education also houses a massive conference space with state-of-the-art audio/visual capabilities. This conference space is used for NASA Day of Remembrance ceremonies as well as educational programs, community and international conferences throughout the year, including the NASA collegiate Robotic Mining Competition involving over 500 students from almost 50 colleges throughout the nation. For more information about AMF visit www.amfcse.org, and follow on Facebook, Twitter, and Instagram. See award information at https://www.amfcse.org/alan-shepard-technology-in-education-award.