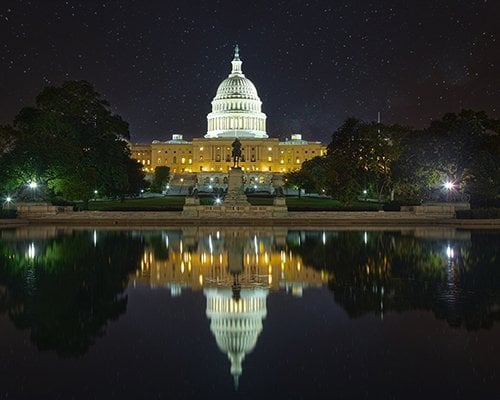 This week, the $3.5 trillion spending package passed the Senate. House Majority Leader Steny Hoyer said the House will return from recess early to take up the budget resolution and infrastructure bill during the week of Aug. 23.

Prior to his nomination to the National Space Council, Parikh was serving as Senior Director at Microsoft’s Azure Space. In this position, he spearheaded Microsoft’s efforts to connect its cloud capabilities with the broader space sector and satellites. His background in the defense, space, and intelligence community includes time spent at the National Geospatial-Intelligence Agency, National Intelligence Council, and National Air and Space Intelligence Center.

Parikh succeeds Scott Pace as Executive Secretary. The National Space Council was disbanded in 1993 and revived under the Trump Administration. While Vice President Harris officially leads the Council, the day-to-day operations will be headed by Parikh.

The Space Review | Little Wizards: Signal intelligence and the Cold War
By Dwayne A. Day