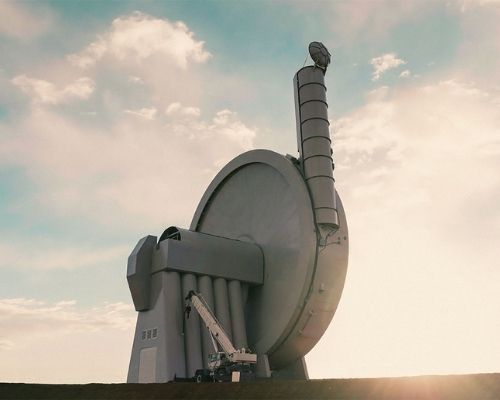 The SpinLaunch and NASA Partnership

The Space Act Agreement is part of NASA’s Flight Opportunities Program, which demonstrates promising technologies for space exploration, discovery, and the expansion of space commerce through suborbital testing with industry flight providers. The program is funded by NASA’s Space Technology Mission Directorate at the agency’s Headquarters in Washington, D.C. and managed at NASA’s Armstrong Flight Research Center in Edwards, California. NASA’s Ames Research Center in California’s Silicon Valley manages the solicitation and evaluation of technologies to be tested on commercial flight vehicles.

SpinLaunch will manifest and fly the first NASA payload on a developmental test flight later this year and provide means for post-flight recovery of payload back to NASA. The two organizations will work jointly to analyze the data and assess the system for future flight opportunities. Upon full review, NASA and SpinLaunch will publish all non-proprietary launch environment information from the test flight.

“SpinLaunch is offering a unique suborbital flight and high-speed testing service, and the recent launch agreement with NASA marks a key inflection point as SpinLaunch shifts focus from technology development to commercial offerings,” said Jonathan Yaney, Founder and CEO of SpinLaunch. “What started as an innovative idea to make space more accessible has materialized into a technically mature and game-changing approach to launch. We look forward to announcing more partners and customers soon, and greatly appreciate NASA’s continued interest and support in SpinLaunch.”

SpinLaunch’s Orbital Accelerator will accelerate a launch vehicle containing a satellite up to 5,000 miles per hour using a rotating carbon-fiber-arm within a 300-ft diameter steel vacuum chamber. By doing so, over 70 percent of the fuel and structures that make up a typical rocket can be eliminated. The company leverages existing industrial hardware and commonly available materials to construct the innovative accelerator system, achieving hypersonic launch speeds without the need for any fundamental advancements in material science or usage of emerging technologies. After ascending above the stratosphere, a small, inexpensive propulsive stage provides the final required velocity for orbital insertion and positioning. Through this unique approach, SpinLaunch is providing a fundamentally new way to access space.

In October 2021, SpinLaunch’s first test flight successfully propelled a test vehicle at supersonic speeds and ended with the recovery of the reusable flight vehicle. Since then, the suborbital system has conducted regular test flights with a variety of payloads at speeds in excess of 1,000 miles per hour at Spaceport America, located in New Mexico. First orbital test launches are planned for 2025.

There is high demand for Low Earth Orbit (LEO) constellations of inexpensive small satellites for disaster monitoring, weather, national security, and global communications. Leveraging an in-house Space Systems Engineering Team, as well as partnerships with existing satellite systems providers, the company is developing a complete ecosystem of satellite hardware. SpinLaunch satellite buses, and qualified subsystems, are designed to be compatible with any launch system without compromising cost, performance, or mass.​​

SpinLaunch was founded by Jonathan Yaney, in 2014, to reimagine space launch technology and enable sustainable and easy access to space. Using its revolutionary kinetic launch system, the company has conducted a series of flight tests at its Spaceport America test site, since October 2021. The company is based at its 140,000sqft headquarters in Long Beach, California and has offices in Washington, DC and New Mexico. SpinLaunch is supported by partners, including Airbus Ventures, Google (Alphabet) Ventures, Kleiner Perkins, McKinley Capital, and ATW Partners. The company is on target to place satellites into orbit and deliver payloads for spacefaring endeavors by 2025.