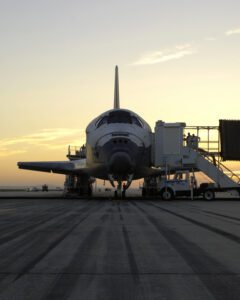 In the 1960s, NASA’s Langley Research Center initiated an extensive research program to develop a method to reduce the incidence of aircraft tire hydroplaning, a condition that occurs during rainstorms when tires rolling or sliding along water-covered pavement are lifted away from the surface by the action of water pressure. Aircraft tire hydroplaning was considered the primary cause of uncontrolled skidding during inclement weather conditions. Researchers at Langley developed a successful method of cutting thin grooves across concrete runways, thus creating channels through which excess water is forced. and thereby reducing the risk of tire hydroplaning. In 1967, through efforts by both NASA and the Federal Aviation Administration, safety grooving became an accepted technique to improve commercial runways. Since then, hundreds of commercial airports around the world have been safety-grooved. The safety of the shuttle landings also prompted the development and use of this technology at NASA’s own airports.

The Kennedy Space Center’s landing strip was safety grooved to provide the best landing conditions possible for the Space Shuttle. Additional applications of this technology include the safety grooving of potentially hazardous surfaces such as interstate highway curves and overpasses; pedestrian walkways, ramps, and steps; playgrounds; railroad station platforms; swimming pool decks; slick working areas in refineries, meat-packing facilities, and food processing plants; and cattle holding pens. Of these applications, the greatest benefits may have been realized in the area of highway safety. Research has demonstrated that the implementation of safety grooving in potentially hazardous areas has reduced highway accidents during wet weather by approximately 85 percent. This technology also has been shown to restore pavement surfaces and extend their service lifetime by 5 to 10 years, thus saving enormous maintenance costs. 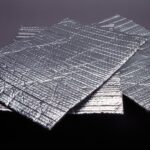 Spacecraft are subject to temperature extremes that range from 400° F above zero to 400° below zero. Protecting astronauts from these extreme temperatures was a prime concern for NASA spacecraft designers. NASA researchers sought after a temperature control technology for… 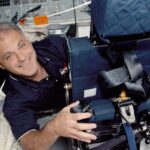 One of the tragedies of the early space program was a fire that occurred in an Apollo module causing the deaths of three astronauts. On investigation of the fire, it was found that some of the materials utilized in the…