New Generation Gets Focus at Symposium 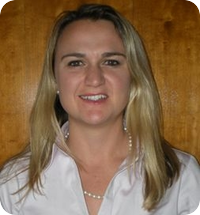 The New Generation program will allow attendees to both be involved in the mainstream 26th National Space Symposium program and to spend highly focused time concentrating on issues specific to new entrants to the burgeoning space industry.

The program will include a variety of elements, including:

“One of the Space Foundation’s fundamental roles is to build the strength of the space community through education and activities that inspire and motivate the potential leaders of tomorrow,” said New Generation event organizer Brendan Curry, vice president – Washington operations and government affairs for the Space Foundation. “We have been doing this for years through mainstream programs for teachers and students. Now, we’re expanding to include programs that draw on the phenomenal opportunities available at the National Space Symposium to directly benefit new professionals.”

More details on the program will be announced shortly. In the meantime, for information of the 26th National Space Symposium, scheduled for April 12-15 at The Broadmoor Hotel in Colorado Springs, Colo., click here.

Another new program being introduced in conjunction with the 26th National Space Symposium is the Cyber 1.0 Conference, which explores the mission, challenges, and opportunities of the Air Force Space Command cyberspace mission. For more detail, click here.

Pictured: Ariane Cornell, executive director of the United Nation’s Space Generation Advisory Council, who will serve as a master moderator at the 26th National Space Symposium