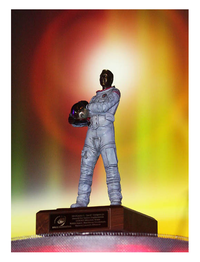 The Space Foundation annually recognizes outstanding accomplishments in three categories: space exploration; creating a positive public environment for space; and space achievement – and, for the first time, is seeking nominations from the general public.

The Space Foundation will award these honors at the 27th National Space Symposium, to be held April 11-14, 2011, at The Broadmoor Hotel in Colorado Springs, Colo. The nomination deadline is Oct. 31, 2010.

The award recognizes an individual or organization that has created a positive public environment for space. To be eligible, the nominee must have significantly raised public awareness and support of space endeavors, either through a specific work or event, such as a film, book, musical composition, or space mission; through lifetime achievement; or through an established venue, such as a museum or space center.

To Submit Nominations
Submit nominations by Oct. 31, 2010, to [email protected], and include why the nominee should be considered and your own contact information.