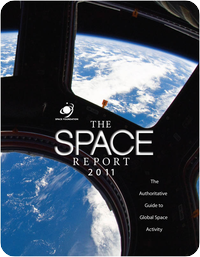 The recent opening of the Mars Yard at the Space Foundation Discovery Institute exemplifies a trend of increasing access to space exploration technology and the potential for public participation. Programs centered around the Mars Yard and similar establishments can benefit both the public and the space community. The facilities are educational resources that can be used to teach people of all ages about space exploration, but they can also be used as testing grounds for new technologies and techniques that may be adopted by organizations that send missions into space.

As space activity has globalized and diversified, it has also become far more accessible to the average person. The number of avenues by which people can actively engage in space has multiplied, accommodating a spectrum ranging from the most casually interested spectator to the most ardent enthusiast. Technology has been central to this broadening of the space community in both direct and indirect ways. Directly, space technology has now become available to amateur builders of small satellites, meaning that individuals not connected to a national space program or established company can assemble their own space hardware. Indirectly, the Internet and social media are bringing together individuals to form active communities of interest, enlisting the intellect and enthusiasm of thousands of volunteers worldwide to advance knowledge about the universe.

At least seven cubesats are scheduled to launch in 2011, operated by the University of Trieste (Italy), University of Hawaii, University of California Irvine, Stanford University (Palo Alto, Calif.), the University of Florida (Gainesville) and the New Zealand Amateur Satellite Organization. This proliferation of cubesats further illustrates that space technology itself has moved beyond the realm of governments and private industry, and can now be built by amateurs and students around the world.

[email protected] was inspired by a similar program launched by the University of California, Berkeley, in 1999 to allow networked computer users to assist in the Search for Extraterrestrial Intelligence (SETI). [email protected] participants compete to process the most SETI data, and top hosts are listed on Berkeley’s [email protected] website. There are several similar projects, utilizing a common software platform to involve people around the world in processing space-related data.

The Internet also enables space enthusiasts to participate in more interactive ways. Introduced in 2007, Galaxy Zoo, a web portal operated by the Citizen Space Alliance, relies on users to classify a data set of one million galaxies found in imagery from the Hubble Space Telescope. Users view images of galaxies and classify them based on their shape, color, direction of spirals (in the case of spiral galaxies) and other apparent qualities. Using a “wisdom of crowds” approach, when a sufficient number of users agree on the characteristics and type of the galaxy in question, that galaxy is then considered classified. This classification is preliminary, pending scientific review. During its first year of operations, the number of Galaxy Zoo users exceeded 150,000 and resulted in more than 50 million classification votes. This created a large database of galaxy classifications and allowed for data analysis on a scale beyond that possible within the limitations of the smaller community of dedicated astronomers.

Similarly, a partnership between the Google Sky and SLOOH Space Camera websites announced in October 2010 promises to further advance user participation in viewing and mapping distant constellations. Google Sky, which brings together a collection of stellar imagery from the Hubble Space Telescope, various NASA satellites and the Sloan Digital Sky Survey, is joining with SLOOH, a web portal offering access to photography by a global network of space observatories. All users will be allowed to view galaxy imagery for free, while paying members of SLOOH will be able to direct telescopes toward points in the sky that they choose for more dedicated exploration. Together, websites such as Galaxy Zoo, Google Sky and SLOOH are enabling amateur access to, and participation in, mapping the skies at unprecedented levels.

This information – and many more interesting and informative facts about space and the space industry – can be found in The Space Report 2010: The Authoritative Guide to Global Space Activity. Click here to learn more.