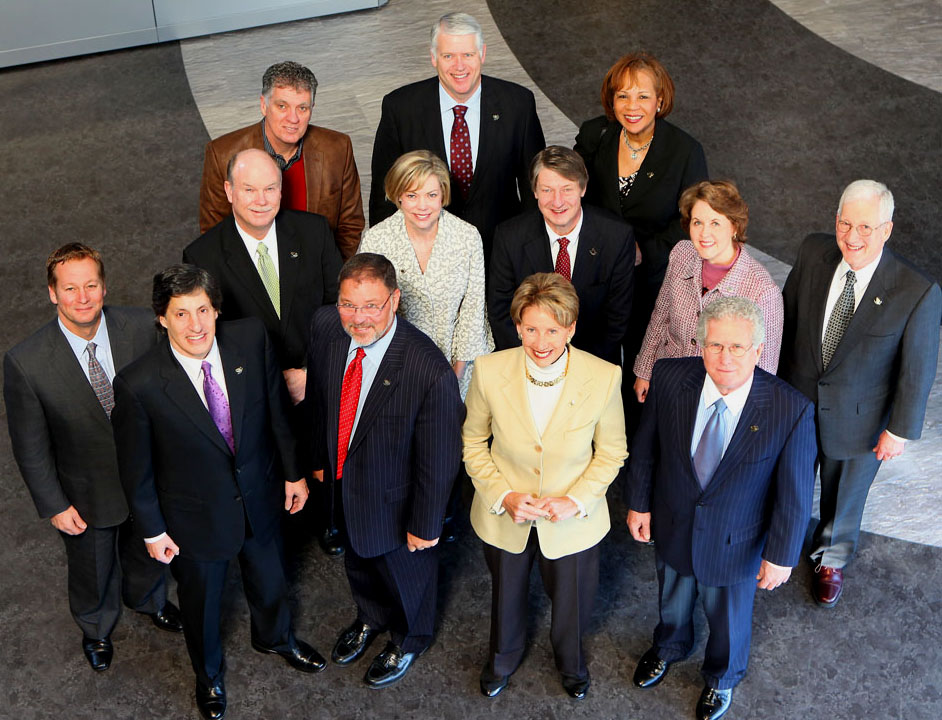 The board of directors of the Space Foundation held its annual meeting in January, officially welcoming a new slate of officers and five new board members and recognizing six board member retirements.

William F. Ballhaus, Jr., Ph.D., former president and CEO of The Aerospace Corporation, retired from the Space Foundation board of directors and was named director emeritus. Ballhaus had served as a member of the board since 2001, was vice chairman 2008-2010 and chairman of the board from 2010-2012.

Martin C. Faga, former president and CEO, The MITRE Corporation and former director of the National Reconnaissance Office, succeeds Ballhaus as chairman of the board. Faga has served on the board of directors since 2007, and was vice chairman from 2010-2012.

Lon C. Levin, co-founder of XM Satellite Radio and president of SkySevenVentures, was elected vice chairman. Levin has served on the board since 2004, and was corporate treasurer from 2007-2012.

Anita M. Antenucci, senior managing director of Houlihan Lokey, was elected treasurer. She has served on the board since 2008.

The board of directors elected five new members to three-year terms:

Retiring from the board and named life directors: